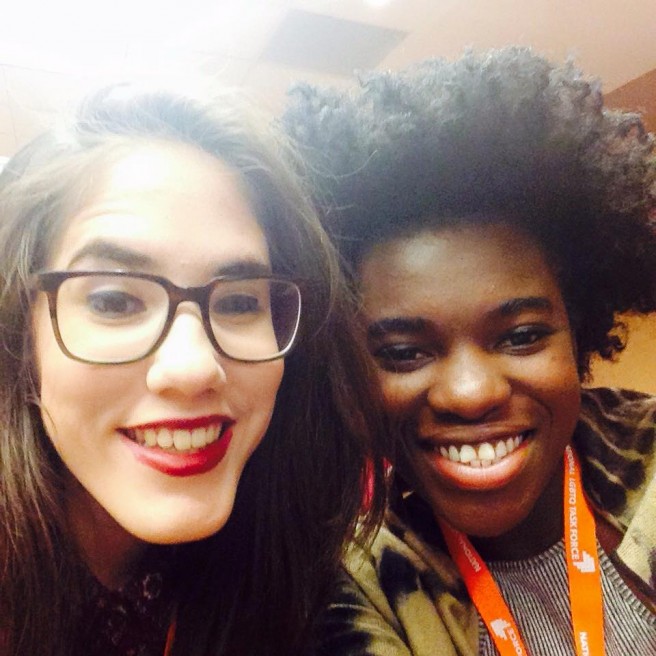 I have finally settled back in from the exhilarating, life-changing, and dynamic Creating Change conference hosted in Denver, Colorado. The conference, organized by the National LGBTQ Task Force, was a meeting grounds for college campus organizers, leaders in the LGBTQ movement, and other organizers dedicated to the intersection of LGBTQ equality with race, health and wellness, and religion. URGE, Planned Parenthood, Advocates for Youth, and several other non-profit organizations were in attendance. The conference also served as a healing space to grieve the loss of friends and family. In addition, attendees recognized  some of the accomplishments made in terms of marriage equality and the setbacks like the repeal of sections of the Voting Rights Acts of 1965 and police brutality largely aimed at queer communities of color. Silence is definitely not an adjective I would use to describe this conference. We demanded space.

By space, I mean a physical or mental place where people feel more comfortable (emphasis on more. Sharing anything with strangers is a tall order) sharing pieces of their lives without fear of judgement in a confidential space made to heal and inform both the speaker and the listeners. We cried, we hugged, we laughed, and we found our allies. Sometimes I was uncomfortable and other times I was quite comfortable in the spaces I entered.

I learned that discomfort can be positive because in discomfort we can see how we have fallen short. Attendees at the Creating Change conference did not shy away from reproductive justice, classism, racism, heteronormative dating culture, or sexual harassment issues that fails to include bi, trans, and gender-non-conforming folks. Attendees Creating Change created space where there was none. We dared to be ourselves. We dared to love as revolutionaries. We dared to reclaim our bodies and to love ourselves.

It is hard to encompass all I have learned in to one blog post, so I have shared some of the tweets and moments that gave me life. I have shared the moments that caused me to think and rethink. You can check out #CC15 to find tweets that make you think. Share the tweets you found inspiring. Share the tweets that make you applaud and snap in affirmation. Let us learn from our experiences and let those experiences bring us to change. More importantly, learn from tweets.

Thank you for all those involved in making the Creating Change Conference amazing.

“We have hard, complicated relationships with religion & spirituality & a religious belief should not be used against us.” K. Hayashi #CC15

The Altar made to honor the life of Jesse Hernandez, a queer youth in Colorado   Click here for more information

#beyonditsonus #CC15 @TheFireNexTime: “there is a need to figure out how low resource institutions can be intentional”