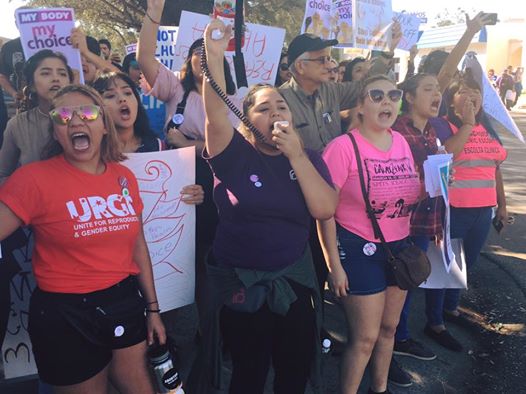 On April 10th, Neil Gorsuch became an associate justice on the United States Supreme Court. With his nomination came the death of the Senate, due to the elimination of rules that maintained the checks and balances of our government. His confirmation is a signal of how the three branches of government are going to operate for the next four years.

If we’ve learned anything over these past 100 days, it is that for every regulation or protection is taken away, another executive order is signed that negatively impacts our communities and the ones we love. We have to utilize our knowledge and privileges to combat against these wide sweeping injustices. We have seen this begin — from the federal judges in Hawaii that overturned the travel ban and the cities and churches nationwide stating they will provide sanctuary for their undocumented neighbors.

Though we many not hold positions in our government, we can use our strengths to influence and combat against discriminatory policies. We can fight and empower those who are traditionally taken advantage of. We can transform our campuses and communities to be accommodating to those facing the fear of deportation, or being denied rights due to their gender identity.

We don’t have to take the fight to Washington, when we can fight right here at home! If I’ve learned anything during my time as a campus activist and community organizer, it is that the strength lies within the people. The movement is interconnected and composed not of one leader or one agenda but of multiple agendas that demands equality and equity for all.

We’re going to go through some hard and difficult times during these next four years. Our resilence is going to be pushed and there will be moments where we give up because the fight has left and the federal funding has disappeared. In those moments, I hope you find courage and strength within yourselves to solider on. Not for yourself, but for the other counting upon you to fight. I think about the previous movements and how they kept on even when the odds were against them.

We’ve seen the statistics, so look alive everyone, because our advocacy and organizing skills are going to have to adapt to our current social and political climate. I’ve learned that our power comes in our voices and numbers which can only be achieved through gaining awareness and education of individuals interconnected identities and becoming an effective ally.

This can be done in a series of ways, from reading a text, attending a meeting, or asking your friend about questions so you can build rapport with each other. Let’s be bold and vulnerable! Let’s not sit back for four to eight years, and bring out the fight in 2020.

No, we have to go act out now while we still have the fiery breath and passion in our lungs. I’m going to be doing research on judges running for re-election and holding them accountable for the constituents and communities you serve.

If you’re passionate but lost about where you want to start, research organizations that are passionate about what interests you and go with it! We have one life to live so let’s proactive in working for change.