March for Our Lives Showed Me Solidarity Isn’t Real

There is no such thing as solidarity.

I used to think that statement was unheard of, and I couldn’t understand why people couldn’t just stand up and fight for one another in hard times and band together through tragedy.

I watched the students in Parkland and all over the country march out of their schools to fight for the stricter gun laws. I saw all of the hashtags: #neveragain #marchforourlives #protectkidsnotguns. It seems like students all over have had enough of the country they live in not protecting them. However, even though the high schools had all kinds of rallies and marches, there were no participants at the college level. In college, we’re taught about ALICE that tells us to fight back, barricade doors and escape at all costs. Grade school students don’t get the same training. They have to sit in the dark during a “lock down” and be quiet in a huddle, hoping that a locked door will protect them.

The march and the protests are well-needed. The students from Parkland and areas across the nation raising their voices for reform is exactly the plot twist we needed after such a problematic event. I was delighted to see the students come up and start speaking and debating. They started confronting the NRA and all of the people that let them down leading up to the horrible event. The March for Our Lives event was about students demanding protection from violence and an end to school shootings with stronger gun laws. The march definitely surrounded ideologies such as guns only being allotted to police officers. They also spoke about the NRA putting guns before students. There were multiple people holding up signs that said “don’t shoot”, and the people that came to speak to the kids were celebrities. As I watched the festivities, I couldn’t help but wonder, “ Where were these people when we needed their support for Black Lives Matter?”

While the people of Ferguson and others fighting against police brutality were getting pepper sprayed, shot and arrested, these students were walking the streets and getting applause, praise, and even endorsements and performances from their favorite celebrities. Kanye West and Kim Kardashian were in attendance March 24th for the March for Our Lives event. There was a lot of silence from these two during the Black Lives Matter protests. Other celebrities, like Selena Gomez, criticized the Black Lives Matter movement. Selena remarked that #BlackLivesMatter was “just a hashtag” and wasn’t actually helping the cause.

I think that all of these celebrities were afraid to support Black Lives Matter. Because it was such a turbulent time and everything was loaded with powerful emotion, maybe the celebrities didn’t want to ruin their reputations and lose endorsements. I think the school shooting situation is definitely an issue that’s hard to ignore. Innocent children are dying all because of easy access to guns.

I wanted to be happy for the students of Parkland that found their voices and were fighting for safety in their schools, but the nagging realization that no one wanted to support Black Lives Matter still rings in my mind. We should protect the future of our children, but we should also be in solidarity with everyone’s struggle. Everybody needs to be included in the conversation because we as black people started the dialogue first. With phrases like “don’t shoot” being plastered everywhere for the advancement of the gun control policies, I think that Black Lives Matter should have been more involved in the March for Our Lives, and since celebrities think guns should be more regulated, they shouldn’t be afraid to talk about the issues of police brutality either. 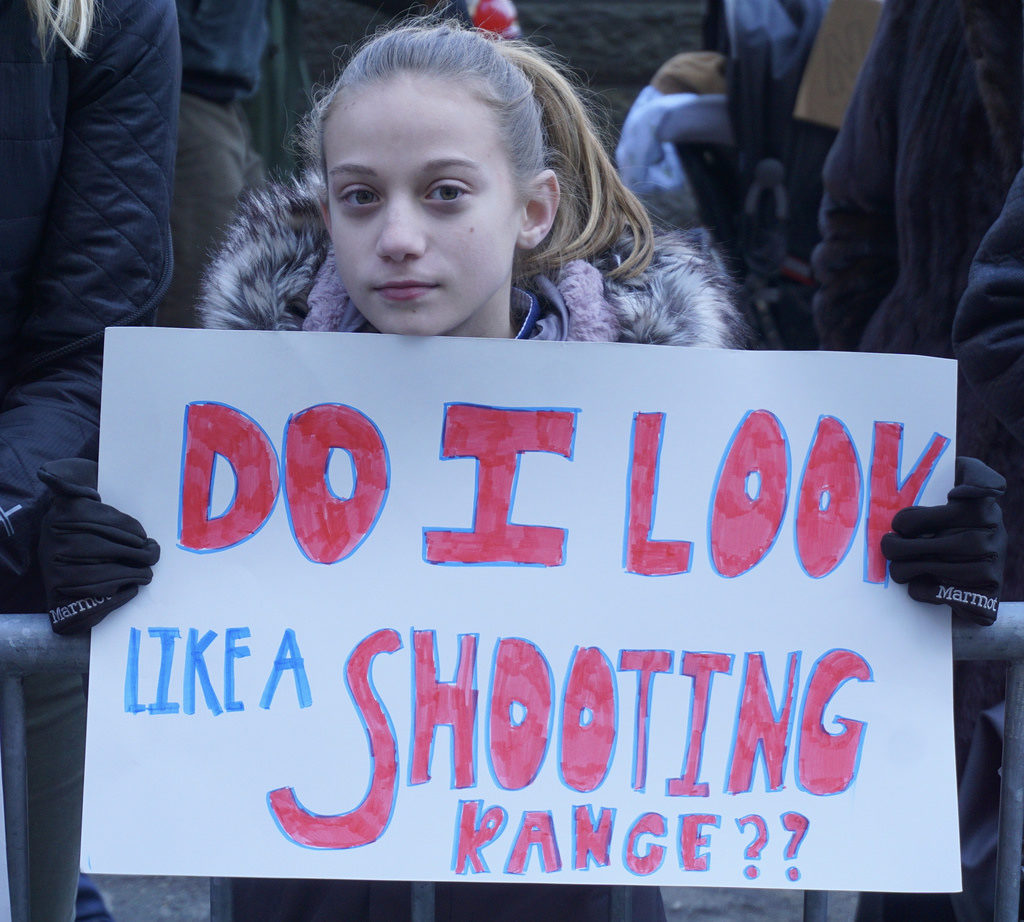