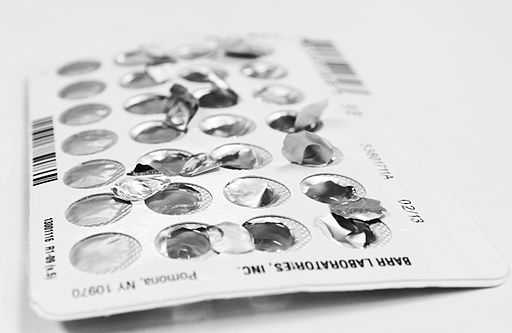 By Bryancalabro, via Wikimedia Commons

Every year on the anniversary of the Roe v. Wade decision, the March for Life holds their annual protest in Washington D.C. Every year their goal is the same- the removal of a person’s right to choose abortion. But this year, the tone of the event may be different, at least for some participants.

Following the recent Hobby Lobby decision over contraceptive coverage under the Affordable Care Act, many organizations have been filing suit to remove the requirement they cover contraceptives in their health plans. March for Life Education and Defense Fund, the nonprofit that organizes the protest, is no exception. In July 2014, they filed suit for that very purpose.

Although the group carefully avoids talking about whether birth control should be legal and available, it is certainly not friendly to the idea of hormonal birth control being available to the general public. In fact, in the lawsuit, the group refers to hormonal birth control such as the pill as “abortifacients,” a view that is almost universally rejected by medical professionals. And if this group believes contraceptives are the same as abortion, organizing a march against safe and legal abortion services includes opposing contraceptives.

While the country remains divided on the issue of abortion, that is not the case with contraceptives. And it is not surprising groups like this avoid talking about birth control when they can; 99 percent of U.S. women of reproductive age have used some form of birth control. It is worth wondering whether the participants in this march are aware of how this group’s ideal policies would affect half of our population.

It is also worth noting the clear falsehood in claiming that hormonal birth control causes abortion. It has been thoroughly refuted many times, regardless of how many times our elected officials and interest groups repeat this idea.

When groups oppose access to birth control, they show their true colors in many ways. Seeking to restrict something 99 percent of women use shows that the anti-choice movement is less about “protecting the unborn” and more about controlling women and their reproduction.

This practice of conflating contraceptives with abortion has been happening in the anti-choice movement for some time, showing their dedication in setting reproductive health care aside from all other forms of health care. And this practice has real consequences in local, state, and national policy.

These consequences range from removing birth control coverage from health plans to restrictions on emergency contraceptives, to the refusal of long-acting reversible contraceptives (such as IUDs) as an option. This recently manifested itself in Kansas, with the Saline County Commission refusing to accept a grant for contraceptives, including IUDs, because the non-medically trained officials believed that an IUD is equal to abortion.

These dangerous attitudes toward birth control prevent many people from having access to the necessary tools to control their reproductive health. And when groups talk about opposing abortion rights, make no mistake: if they had their way, contraceptive rights would be on the chopping block as well.