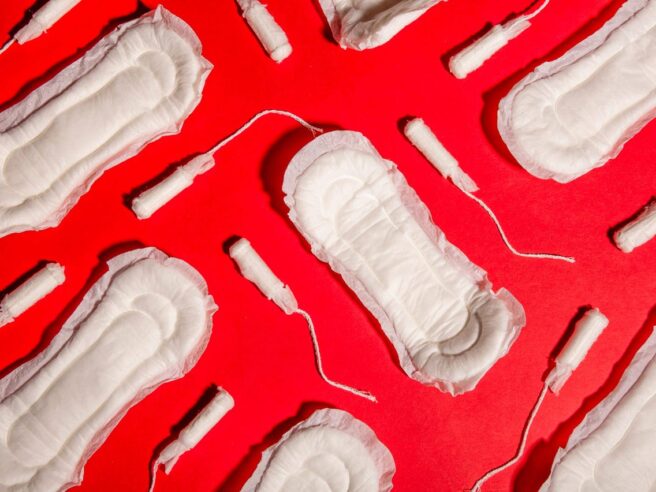 Increased awareness and support against period poverty and stigma in recent years is liberating periods — but not for trans individuals.

As we enter a new era of feminist history, the menstrual movement (the movement to increase access to period products and combat the harmful stigma surrounding periods) has gained a lot of attention. Since the movement is crucial for the advancement of gender equity, activists and supporters have fervently advocated for policy changes (requiring free period products in public facilities/schools, removing the Tampon Tax, and allowing better access to affordable healthcare just to name a few) and created community resources to ensure that no person has to live in period poverty or with stigma.

Despite the rise in interest and discourse around the subject, inclusive language remains a struggle, and the amount of actively transphobic language that continues to be used is astounding.

Within the pad and tampon industry, period product companies and brands have yet to change the labels of their products and the narrative behind who menstruates. Many top companies such as Always, Tampax, Kotex, and Cora still use the term “women and girls” when describing their customers and target their advertisements to cis women. This often results in extremely feminine advertisements, packaging that only depicts women, and claims that using these products will make consumers feel more clean, pure, or “ladylike.” This blatantly ignores that not all menstruators are women and that not all menstruators want to feel “womanly”. The constant exclusion of nonbinary, genderqueer, and trans individuals from conversations about menstruation is inherently problematic because it perpetuates transphobic rhetoric and silences the experiences of trans individuals. By stereotyping, generalizing, and categorizing all menstruators as “women,” the most basic menstrual products become a source of discrimination and oppression.

Image Description: Ads and packaging for tampons and pads are shown. Only women are depicted in all three of the packaging.

This is further reinforced by the media. These sources of knowledge reiterate the flawed narrative behind menstruation. By refusing to include all menstruators in their reports and articles, they are continuing to spread non-inclusive information about menstruation. All of these articles, many of which are from incredibly renowned news sites, center periods around women and girls and even have trans-exclusive headlines:

It is time to end ‘period poverty’ once and for all. Women have suffered enough. from Business Insider
The rise of period pants: are they the answer to menstrual landfill – and women’s prayers? From The Guardian
Menstruation is not a girls’ or women’s issue – it’s a human rights issue from the United Nations Population Fund
At What Age Do Most Girls Get Their First Period? from Healthline

All of these forces combine to create and strengthen a repetitive cycle that cannot be escaped. They all lay in support of one another and all must change to create a world where menstruation is no longer the site of stigma, taboo, and inequality. This is why we cannot be settling for change that excludes some of the most marginalized groups of people. The period must be freed not just for women, but for all trans, genderqueer, and nonbinary people.

Regardless of how seemingly perfect some advocacy causes and movements may seem, they cannot exist unchecked and cannot be accepted without question. Supporters — from national nonprofit organizations to individuals who care about the future of menstruation — must always hold other organizations, companies, and people accountable. People should remain cognizant about which voices they are amplifying or actively ignoring. We should work to create a more inclusive space and platform for trans, genderqueer, and nonbinary people to speak about their struggles or menstruation and listen to their demands. By allowing those most negatively affected by taboos of menstruation to speak, we can truly advance towards a more equitable world.

Image Description: Thought bubbles include the colors of the flag of the LGBTQ+ community and periods. They combine to create a colorful drip (that implies period blood) to state that trans, genderqueer, and nonbinary people should be included in discussions of menstruation.