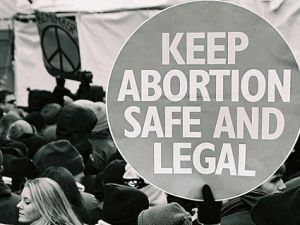 Recently, two Texas researchers co-authored a study that said exactly what we already know — as Planned Parenthood centers crumble, so does access to healthcare.

The study shows an increase in low-income women having children because they lack access to affordable healthcare. These findings could mean rises in unintended pregnancies that are carried to full term among low-income families in other states that defund Planned Parenthood. It also means people who are using birth control for medical reasons, such as to curb extremely painful periods, will not have  access to contraceptives anymore. It means people will not have access to affordable cancer screenings. It means our ability to make decisions with our bodies is, like we predicted, being taken away.

Of course, as a result of this study, these researchers are dealing with backlash from Planned Parenthood’s opponents, who are saying the results are flawed due to bias and funding.

With more states following Texas’ lead to defund Planned Parenthood, everything we fought to protect is no longer safe. Everything we worked our asses off lobbying against is happening, state by state, right before our eyes.

If you live in Texas, or any of the other states who already have or are threatening to defund Planned Parenthood, I implore you to keep fighting. I hope you find this political intrusion on our reproductive freedoms angering, yet empowering. I hope you get pissed off when you see this study and want to act to keep the trend from continuing. I hope you know that we were right about Planned Parenthood’s importance and that we will not stand for this interference any longer.

May this research spur your activism. May it encourage you to fight harder than ever.

Lawmakers will try to take our voices and rights away, but they will be stopped.

Activism from the young people URGE represents is so inspiring and the best chance we have at getting the rights to our bodies back, don’t let this study discourage you — let it inspire you.