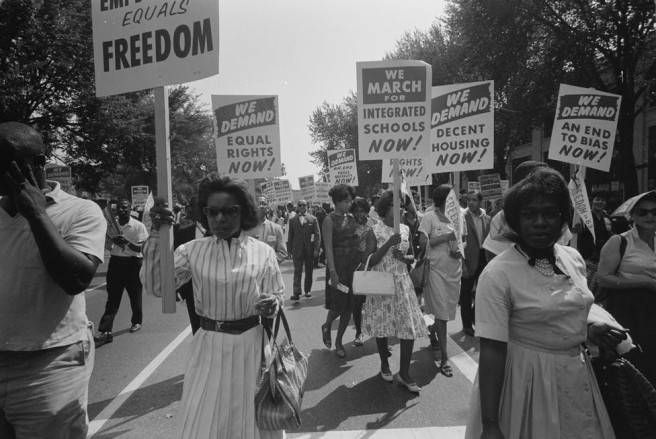 It’s been a long week. Instead of using this article to get out all of my emotions, I decided to do something else. Many people are re-energized after the election, and are trying to look for ways to get involved in activism. I may be a little salty, that this is what it’s taking, but I also realize that people fight for justice in a variety of ways. Maybe you’ve been doing that in your community, and you’re now looking for another avenue.

Outside of smashing the patriarchy on this URGE blog, I also have a day job. I’m a state organizer for a national LGBTQ org that aims to shift the narrative around LGBTQ rights away from marriage equality. I’ve also been in several organizations, participated in a ton of trainings, and recently I’ve been given the opportunity to train people on community organizing. Basically, activism is my main hustle. I can’t teach you all that I have learned in the past 3 years, but I can help give you the foundational knowledge to help you start. Deal? Let’s get into some definitions first.  Keep in mind, these aren’t official definitions, these are MY opinions.

Activism– Often confused with advocacy, activism is working outside of the system. This means agitating the system until it combusts, or trying to make it work for you, while also dismantling it. The system is a broad term but it refers to systems of oppression. So writing can be a form of activism. Sharing memes on Facebook, is raising awareness about an issue, but it’s not the same thing.

Academia– Seems self explanatory, but I included this definition because of academia’s tricky relationship with activism. Many people attend college and major in social justice related issues. They then think this makes them an activist. Most people on the ground doing the work don’t attend college, and no offense, no one cares if you do. Everything I’ve learned about activism took place outside of the classroom and through genuine relationships with Black feminists who held me accountable. So yeah. Casual reminder to not be classist and elitist if you want to do this work.

Direct Actions- What most people think activism is. Direct actions usually take place in the form of protests and/or occupying a space. They help disrupt the flow of the oppressor, bring awareness to an issue, and show strength in numbers. A lot of planning goes into direct actions, and a common misconception is that if you participate in a couple protests, you are then an activist. Direct action is just a SMALL part of the work that activists do. If you go to a protest, then just go home, you were actually just helping mobilize.

Base-Building– This is building up a team of people that you can count on. The key to base-building is making people feel invested in the work that you’re doing. This means new-member outreach in organizations, building organic relationships, and making each member feel as though they belong.

Direct Service– This is actively volunteering and helping marginalized communities through community service. Some examples are being an abortion clinic escort, feeding the homeless, cleaning up a kid’s playground, etc.

Movement– Just the group of people working towards societal change, usually used to refer to people who are involved in activism. You might hear phrases like “movement friends” or “movement spaces.”  Please don’t say you’re in the movement if you can’t recognize the intersection between various issues.  Just a personal pet peeve.

In addition to these terms, there are a plethora of things that you might want to get used to while being in activism spaces. Those include pronouns, letting the most marginalized people speak first, and the overusing of the word “space.” Butcher paper and markers may be a thing you see too.

Many people can do independent organizing, but if you’re new to this, I would recommend joining an organization. There are a ton of different organizations working around a variety of issues that will be impacted by this election. For me, I like to work on issues that are closest to my heart. However, that may be mentally draining for some. You might want to work on issues that you care about, but don’t personally impact you. Just be aware that in that scenario, you would be an ally. There are plenty of resources on effective allyship, but just remember to become comfortable with the uncomfortable and possibly unlearning everything that society has ever taught you.

To find organizations, Facebook and Twitter are your best bet. Most organizations have some sort of Facebook page, and also many activists connect and meet through Facebook. You can also use Google for more specific issues like “reproductive justice organizations in Georgia,” and “racial justice organizations in Texas.” Once you find an org you’re interested in, don’t be shy! Message the Facebook page or DM their Twitter. Another tip is to attend a meeting or two, before you commit to an organization. Once you’re in one, people will most likely be counting on you, so it’s important to get all of the facts. Another thing is, certain organizations have certain reputations. If you’re working for a feminist org that lacks a racial analysis, people will assume that as a member of that org, you lack one as well. It sounds petty but it’s not. For example, I will not do work with LGBTQ organizations that do not recognize mass incarceration as a queer issue. As you go on in your journey, you will find things that you refuse to sacrifice on, and that will help you when choosing who to organize with.

Okay, wrapping up. Let’s talk about some general tips that you can use on your activism journey.

I would recommend bringing a notebook of some sort. I have notes on every workshop, meeting, and direct action that I’ve participated in. It helps me look back, keep grounded, and also learn from my mistakes. Building individual relationships with people in organizations is important. These people will often be life-long friends. Also, when you’re moving up as a leader within the org, it will often be up to you to meet with new members and explain ways for them to get involved.

Aside from enacting change in my community, one of my favorite parts about activism is that it teaches you life lessons that stick with you. Activism, like anything you’re passionate about, isn’t about the fame or the money. Trust me. Most activists don’t get paid, and most of them aren’t rich because of their commitment to the destruction of capitalism. It’s important to learn and grow. Sometimes that learning process will be painful and awkward, but it’s always worth it. Stay true to yourself. If something goes against your instincts or morals, don’t do it. Tell the truth. People need to be able to establish trust with you if they’re going to be in difficult situations. Take a break when you need to, communicate well with your team, do the un-glamorous parts, and stay safe!

There are so many other important things to learn that I couldn’t fit into this article so get to work!

Image by By Leffler, Warren K., via Wikimedia Commons