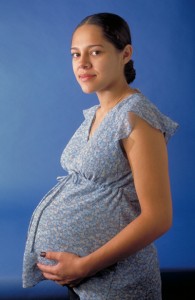 We know far too well that discrimination comes in many shapes and forms, and too often it happens to pregnant people in the workforce. All over the country, people are being denied jobs because they are expecting or losing their jobs while pregnant because of a lack of accommodations.

Earlier this week the Pregnant Workers Fairness Act got its first briefing on the Hill; this is huge.

The legislation would help curb the discrimination against pregnant employees in the workforce. People who are pregnant sometimes lose their jobs because their employers are not willing to make the necessary accommodations for them. Companies are treating pregnant people as disposable,  and this bill is a much needed step to ending this common and unfair practice.

There are several parts of the bill that promote anti-discrimination policies.

The bill clarifies that employers must make accommodations for employees who recently gave birth, will be giving birth soon, or have any other pregnancy-related medical issues. It would also require more interaction and dialogue between pregnant workers and their employers to find the necessary accommodations — this is similar to ADA standards. In my opinion, one of the most important parts of this legislation is its protections against retaliation and intimidation from an employer if a worker requests accommodations.

This bill will apply to any business that employs at least 15 workers. The bill also applies to both employees and applicants. This means someone with the qualifications cannot be denied a job simply because they are pregnant.

The Pregnant Workers Fairness Act could lead to other needed changes in the workforce for equity, including equal pay for equal work and paid family leave so people no longer have to choose between their job and childcare.

All of these changes are vital to improve the workforce so it is a safe place for every employee. It’s saddening to see that these changes haven’t already been made, but it is our job as reproductive justice activists to support legislation like the Pregnant Workers Fairness Act. Not only can it improve the lives of pregnant people and in some cases their families, it lead to other life improving impacts among pregnant people.

Want to see an end to discrimination against pregnant workers? Take action and show Congress that you support the Pregnant Workers Fairness Act!