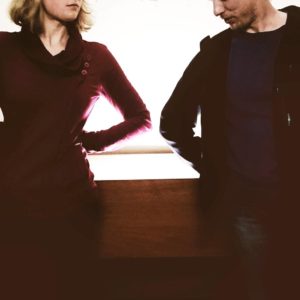 Another sexual assault revelation in wake of the #MeToo movement was posted online, accusing comedian Aziz Ansari of sexual misconduct. The piece, “I went on a date with Aziz Ansari. it turned into the worst night of my life,” has received a lot of backlash, much more so than others, with many supporters of this movement claiming this accuser had gone too far.

In the piece, the anonymous woman “Grace” recounts a night where Aziz acted forcefully upon her the whole night with her giving few verbal cues about her discomfort, but giving no indication that she was consenting to anything that he was doing. Still, several publications have released op-eds where woman, often sexual assault survivors themselves, believe calling this an act of sexual assault to undermine the movement. Many claim that her story indicates that she consented but regretted what happened in the morning, while others feel she was acting too fragile and could have voiced her concerns with more force.

My reaction to these reactions was first shock. To me, this story clearly says that Grace was uncomfortable with what was going on and Aziz ignored that. People can argue all day about how she didn’t verbally express that she didn’t like how he was touching her, but the bottom line is that most people can tell when a person is not enjoying being touched just by paying attention them. When people said that she could have gotten out of the situation simply by speaking up more, I’d like to remind them about the imbalance of power I thought had been discussed enough. Aziz is a 34-year-old celebrity, while Grace was only 22 years old. Many have insisted that there wasn’t enough of a power imbalance for her to feel scared to say something, and I think that opens up to a larger discussion about heterosexual dating culture as a whole.

We’ve seen those teen comedies or romantic comedies, and we know how it works. Boy likes girl, girl doesn’t like him, boy convinces girl to like him, girl is slowly worn down and eventually concedes. Since childhood, we are conditioned to believe men take while women give. A recurring sentence I saw in many articles defending Aziz Ansari stated that if Grace was sexually assaulted, then every sexual experience they had had was assault as well. Considering what we’ve been taught, I don’t doubt these people. What people don’t always seem to remember is that rape culture is essentially dating culture itself. Men do whatever they can to convince women to sleep with them–what women want has only been explored in more recent years.

It saddens me greatly to hear that Aziz Ansari, who calls himself a feminist, wrote a book about modern relationships, and is one of the most prominent South Asian-Americans in the media today, could do something like this. I feel it proves that this conversation is so much more nuanced than it can appear to be. Though I don’t believe he shouldn’t face any repercussions, as what he did was obnoxious, selfish, and maybe even illegal, I think the situation goes to show that if we want to do something about sexual assault, we have to start first with dating culture. Stop featuring men in movies and TV as the takers of women, so the next generation of children won’t be conditioned to perpetuate rape culture by offering superficial support for survivors and a watered down version of “well, what did you think was going to happen?”