Sexual Assault Is Bad, But a Woman In Charge? Even Worse. 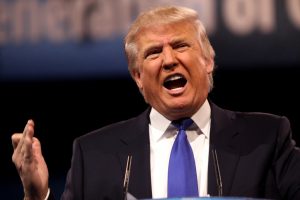 During the past week, national news has covered the Alabama senate race scheduled for December after sexual assault allegations were made against candidate Roy Moore. Post-Weinstein, many survivors of sexual assault have been encouraged to speak up, and Roy Moore has just been added to the list of the accused. Testimonies from multiple women, as well as evidence presented by those close to Moore, all corroborate these accusations, and I frankly can’t fathom why anyone would believe otherwise. Reports have stated recently that rival candidate Doug Jones has been gaining momentum in the polls since the revelations, and although there’s still a good chance of Moore’s victory, the backlash against him since the accusations has made a considerable difference for some voters and major figures at the White House. As a resident of Alabama, I am overjoyed to see the serious consequences Moore is receiving for his actions, but I can’t help but wonder: why now?

The powerful men accused of sexual assault post-Weinstein weren’t limited to the entertainment industry, with political figures like George H. W. Bush and Jeff Hoover added to the growing list. However, Moore’s accusation comes at a crucial time during his campaign when real consequences could destroy his career. Though it looks like these accusations may cost Moore dearly, it’s hard to feel justice has been served when I remember the results of other sexual assault accusations last year.

When the tape of Donald Trump admitting that he sexually assaulted women on a daily basis, many considered it to be the last straw: there was no way this man was going to become President of the United States. A man who admits that he committed a criminal act publicly? How could the American people allow someone like that to represent our country? And yet, we know the end of that story. To this day, the White House maintains that all the accusations of sexual assault against Trump were false. Since the Weinstein allegations, I wasn’t sure whether the current conversation on rape culture could have prevented the Trump presidency, but after the Moore allegations, I’m not so sure. Could the New York Times have prevented one of the most disappointing election seasons in our country’s history?

The media reacted overwhelmingly against Trump after the allegations last year, with several public figures denouncing him and calling on him to withdraw from the race. Reactions paralleled the current climate around Moore, though the outrage never materialized into real action against Trump. It has been proved that last year’s election was hacked, but the way political figures responded to the 2016 presidential race makes me think it was more than that. It was a real, irrational hatred towards Hillary Clinton and, more simply, the idea of a woman running one of the most powerful countries in the world.

It could be a bit of a stretch, but keep in mind that many arguments against Clinton are related to her husband’s actions, whose own predatory accusations need to be taken seriously. But that’s the thing! It’s not her fault that her husband has been involved in sexual assault accusations. I’ve seen more people condemn Hillary for staying with Bill Clinton after the Lewinsky scandal then I’ve seen people actually criticize Bill Clinton. Her political decisions have been vilified more than those of her male counterparts, though they haven’t been much different. Furthermore, no one can deny how much sexism hurt her campaign and ultimately cost her the election. If Trump could survive the Access Hollywood tape, it’s a bit surprising for Moore to survive his accusations until you remember one fact — his rival isn’t a woman.