America’s Relationship with Guns Has to Change 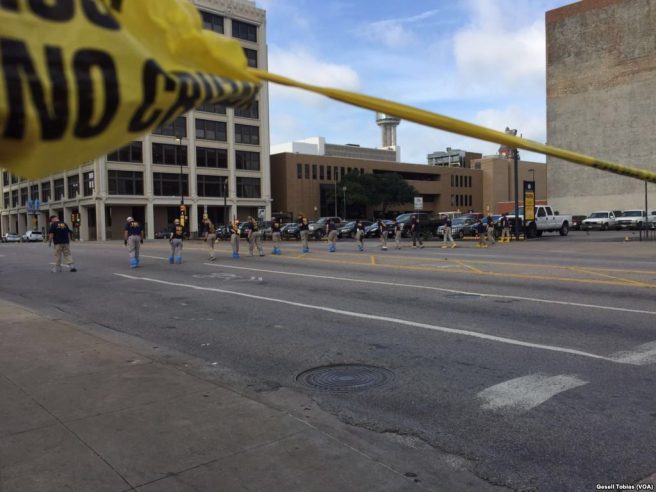 This past Sunday there was a tremendous shooting in Sutherland Springs Texas. An armed man drove to a church, and killed 26 people inside. The ages of worshipers wounded and killed spanned from 5 to 77 according to CNN.

According to USA today, 2017 is the deadliest year for mass shootings. The First Baptist Church of Sutherland Springs, Texas had a tragedy that put the death toll from mass shootings at 208 this year when, in 2016, 188 people died.

When I found out about the shooting in the small town church, I learned that the shooter, Devin Patrick Kelley, reportedly had a record of domestic violence; had escaped from a mental facility in 2012; had tried to bring guns onto a military base to threaten superior officers; and last but not least, had been court- martialed after he was involved in a domestic violence charge with his estranged wife. He hit her son so hard that he fractured his skull.

After reading about the kind of person he was, and the things he’d done in the very recent past I asked myself “How was he still able to get a gun?”

NewYorkTimes.com reported that the Air Force did neglect to enter the shooter’s domestic violence court martial into a database that would have prevented him from buying the assault weapon he used to commit the massacre.

In case you didn’t know, here are some quick facts about Texas’s gun laws courtesy of CNN:

I read on and I came to a quote from the New York Time’s story about the tragedy that made me stop in my tracks: “ Officers described finding a scene of unfathomable carnage, where mothers were found sprawled atop children they had tried to shield.”

I’ve pictured myself in the middle of an active shooting scenario in my head thousands of times. Sitting in my classroom, hearing shooting and screaming down the hall. I’d pick my phone up, head to the nearest exit opposite the gunfire and make a break for it. I’d run and never look back. I don’t think I’m built to be a hero even though I’ve done A.L.I.C.E training and know the best choice I’d have in an active shooter situation is to counter or barricade myself. If I never got the chance to run, and I was trapped, I’d call all many family members as possible, and tell them I love them. I’ve prepared myself for the day where I have to fight my way out of a terrorist situation, and while no one can say they’re ‘ready for disaster,’ I have been briefed on routes to take if one occurs.

At my school in Kent, there’s an active shooter seminar called A.L.I.C.E (Alert, Lockdown, Inform, Counter, Evacuate) and I learned a completely different way to handle an active shooter situation that includes fighting back, barricading doors and other ways that might minimize injuries and loss of life.

Straight from the A.L.I.C.E Training Institute website, here is their active shooter plan:

The fact that we’re training to handle active shooters like we run a fire drill is disheartening. It makes me realize this country has so many more inner workings to deal with as opposed to getting involved in war, or criticizing other government. We need to take a stand and educate ourselves about the legislation in our states, and the laws of our government regarding gun control and public safety.

In these busy times, it’s hard to know when or how to use your voice and speak up. An easy way to be heard fast is to call the Capitol switchboard at (202)-224-3121. They’ll connected you to your representative in the House or Senate- or their assistant, and tell them what you want to see from them regarding gun control. We need less thoughts and prayer, and more policy coupled with intentional actions.