The Supreme Court is poised to release a decision on the King v. Burwell case any day. This case may have not received the attention it deserves for its possibly devastating outcome, especially for young people. Many people have discussed this case in terms of tax credits, something that young people may not think about very much. However, if the plaintiffs are successful, it would mean that any state using the federal government’s infrastructure for its healthcare exchange would not be able to receive federal financial assistance. Currently, that financial assistance in the form of tax credits helps low- and middle-income people pay their monthly insurance premiums. Without that assistance, monthly payments will increase substantially. For example, in Alabama where the average monthly insurance payment in 2013 was $178, that… Read more » 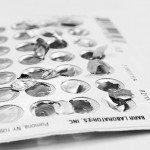 “The exemption sought by Hobby Lobby and Conestoga would override significant interests of the corporations’ employees and covered dependents. It would deny legions of women who do not hold their employers’ beliefs access to contraceptive coverage that the ACA would otherwise secure… In sum, with respect to free exercise claims no less than free speech claims, ‘[y]our right to swing your arms ends just where the other man’s nose begins.’”-Justice Ginsburg When the ruling came down in favor of Hobby Lobby this past Monday, it was not a surprise for many who work within the reproductive justice movement. Yet, despite the less than optimistic outlook many held, we hoped that the outcome would be favorable. Instead, what we received was an affirmation, by the highest court in the United States,… Read more »

You might have heard about that birth control case involving Hobby Lobby that’s reached the Supreme Court. The case is Sibelius v Hobby Lobby and oral arguments were held yesterday, Tuesday March 25th. For those of you who might be wondering what the case is about, The Washington Post explains thusly: “It all starts with the Affordable Care Act. The law stipulates that employers need to provide health care for their employees that covers all forms of contraception at no cost. However, some for-profit corporations have insisted they should not have to pay for all of these services. The owners of Hobby Lobby and Conestoga Wood Specialties don’t have a problem with offering insurance that covers most forms of birth control, but they aren’t willing to cover emergency contraceptives —… Read more »

This Is Not Just About Birth Control

If the Supreme Court finds in favor of Hobby Lobby, we are not just facing the repeal of a benefit that helps over 20 million people nationwide. We are facing the potential for an erosion of civil rights protections and the beginning of an era of government sanctioned discrimination. We can couch this debate in arguments of religious freedom or we can see this case for what it really is–discrimination wrapped in the cloak of religious belief.  If we look at the very basis of the suit it becomes apparent that this case is based on a fundamental misunderstanding of birth control and emergency contraceptives. The Green family (the owners of the  Hobby Lobby stores) has a particular objection to Emergency Contraception (EC) and IUDs. The Greens wrongly believe that… Read more »

Recently, there has been a huge uproar over Arizona’s discriminatory bill contrasting religious freedoms and LGBT discrimination. Fortunately, Arizona’s governor vetoed the bill. However, not many of those who opposes the Arizona bill are talking about the Supreme Court case involving Hobby Lobby, a for-profit arts and crafts store. The company is facing legal matters in Sebelius v. Hobby Lobby where the Religious Freedom Restoration Act of 1993 (RFRA) is used as a standard the company to deny its employees health care coverage for contraceptives. We heard the same debate used during the Obamacare debate, but using the First Amendment’s religious freedom argument to drive a wedge is taking it to another level. Here are 4 reasons why this case should be a no brainer: 1). Insurance, not medical care

“It will run you around $800.” This statement was casually spoken to me by a secretary at the OBGYN office I had visited a week prior. I was expecting the office to call to schedule another appointment for an insertion of a Mirena IUD, what I have the determined to be The Contraceptive for Me. I was absolutely devastated to learn that an IUD was not actually covered by my insurance.

Obamacare, Sex Education and You

With headline after headline, news story after news story since its introduction in 2010, the Affordable Care Act (aka “Obamacare”) has been scrutinized, analyzed, loved, and hated by the American public. With the threat of defunding Obamacare hanging from the lips of politicians, there are a lot of issues to be concerned about, such as access to affordable healthcare. However, what worries me the most about defunding Obamacare is not about health insurance, but rather, sex education.

Why I Won’t Shut Up About the Shutdown

So let’s get a couple of things straight. The politicians who refuse to pass a federal budget in protest of the Affordable Care Act are withholding government services from millions of Americans who need them.  Some of these services include: The Special Supplemental Nutrition Program for Women, Infants, and Children (WIC) which provides pregnant women, women who recently gave birth, and their families with federal assistance through food stamps, especially targeting those children who can’t get the early-childhood nutrition they need because they are living in poverty Head Start programs that provide early-childhood education to low-income families. Domestic violence and rape crisis centers funded through the Violence Against Women Act. It is predicted that 70,120 fewer victims will have access to recovery programs and shelters as a direct result of the… Read more »