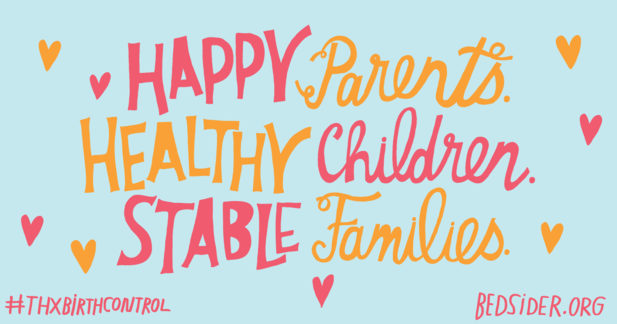 Since today is “Thanks, Birth Control” day, I wanted to take a moment to bring up some of the most influential U.S. Supreme Court (USSC) Cases related to birth control and reproductive healthcare!

The first case in our timeline that I’d like to discuss is Griswold v. Connecticut, a USSC case in 1965. This case came about because Connecticut legislation had tried to outlaw contraception which included pressing charges against doctors who distributed birth control. Once this case went to the Supreme Court, the court struck down the states prohibition on the prescription, sale, and use of contraceptives. However, this case was primarily directed towards to married couples.

This lead to Eisenstadt v. Baird in 1972. The Supreme Court decided in this case to overturn a Massachusetts law limiting the distribution of birth control primarily to married couples, allowing unmarried individuals to purchase birth control as well.

Note: When using the term “contraception” in the cases mentioned above, I am strictly talking about female birth control methods. Condoms were not banned. (Which says to me that they were more concerned about controlling the lives and bodies of women, than actual contraception)

Then just the following year the Supreme Court saw arguably the most famous reproductive health case, Roe v. Wade in 1973. This case challenged a Texas law that prohibited all but lifesaving abortions. The court then ruled that having an abortion is a private matter that is protected by the right of privacy.

And in 2010, President Obama signed the Affordable Care Act allowing millions of Americans a more affordable healthcare system. This particularly helps young and lower income women by allowing them free preventative care (as long as these services are provided by a provider in your network) such as birth control, STI screenings, breast cancer screenings, pap-smears, and more.

Over the years, the way society views birth control has slowly become a little more progressive and accepted. And that is exactly what today is about. Sharing stories, making change, discussing the importance of birth control, and reducing the stigma associated with reproductive health.

#ThxBirthControl, for always being there when I need you. And thank you, to every single Supreme Court justice who made it possible for me (and other folks all over the country) to have the tools necessary to control my own reproductive health.

To learn more about various methods of contraception check out, bedsider.org and Planned Parenthood.