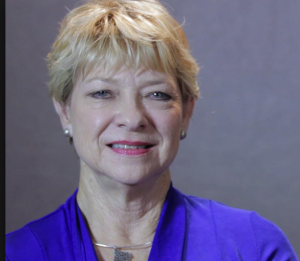 When I think about my beloved home state, I think of many things: breakfast tacos, Selena, longhorns, wide open spaces, and crippling abortion restrictions. Seeing as I am newly minted Midwesterner for college, I have been catching up on Texas news this week to feel close to home.

This week, a nonprofit government watchdog, The Campaign for Accountability, went to the District Attorney of Travis County (the county that Austin is in) with complaints against the anti-choice organization, the Heidi Group. Their filed complaint alleges that the group is guilty of theft by taking state funds for services that were never provided.

After the state removed Planned Parenthood from its women’s health program in 2011, Texas saw a significant spike in births among low-income women, many of whom lost access to affordable birth control. In response to a rising maternal mortality rate and lack of access to contraception, state legislators revamped the same health care program that Planned Parenthood was initially kicked off of.

Last summer, this new and improved program, Healthy Texas Women, awarded the Heidi Group $1.7 million dollars to provide reproductive health coverage to hundreds of thousands of low-income women. The only issue with this is that the Heidi Group has no history of providing medical care, nor had plans to start doing so after receiving the grant.

The CEO of the Heidi Group, Carol Everett, has wielded a broad swath of non-truths (usually called lies) in regards to abortion and basic biology. At a Department of Health and Human Services hearing last year regarding Texas’ bill to require fetal remains to be cremated or buried, Everett posed some (absurd) questions to the committee in support of the bill: “There’s several health concerns. What if the woman had HIV? What if she had a sexually transmitted disease? What if those germs went through and got into our water supply?” Of course, with basic research or a ninth grade understanding of biology, it becomes clear that these concerns are entirely false. It also becomes apparent that this type of rhetoric is not just harmful, but lethal for Texas women.

The Campaign for Accountability also filed a request with the IRS that the Heidi Group be stripped of its nonprofit status. This complaint comes on the basis of the Heidi Group spending roughly 11 percent of its annual budget for a staff retreat. With that, they have also endorsed political candidates for public office and participated in unreported lobbying, both illegal for organizations with 5013(c) tax exemptions. Beyond just that, the group used the state grant to contract with pseudo healthcare providers who are ineligible for the funds.

Last month, the state cut the group’s funding by $4 million after months of failing to provide family planning services. In a statement made to the Texas Tribune, the Texas Health and Human Services Commission that the funding cut was made to “to make sure we are maximizing services for women.” Even so, the state continues to fund the Heidi Group with a grant of $7 million in 2016 and 2017.

With the maternal mortality and unplanned pregnancy in Texas on the rise, state legislators are sending a bleak message to women: we do not care. Not only have programs to increase contraception accessibility been cut, but in conjunction with abortion regulations and misuse of funds, it becomes clear that this debate is not merely an issue of choice. Lawmakers supporting anti-choice legislation are concurrently opposing comprehensive sex education and circulating misinformation surrounding various forms of emergency contraception.

This mishandling of funds is not just attacking women in Texas: it is directly attacking low-income women who rely on these services. By giving money to groups who do not support compassionate and comprehensive reproductive care, the dark statistics that shroud Texas will not just magically go away.

It is time for Texas to take action to ensure that there is not merely a program in support of Texan women, but that the program is efficient and honest.