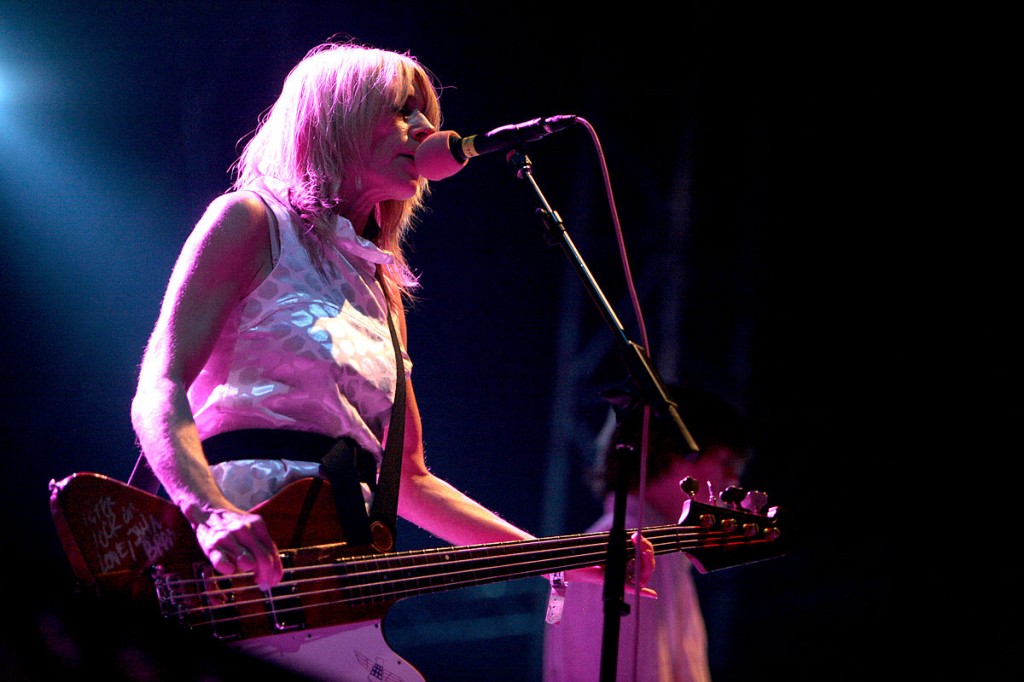 Photo of Kim Gordon by Bertrand from Paris. Licensed under CC BY 2.0 via Wikimedia Commons

You might be familiar with something used to critique the film industry called The Bechdel Test. In 1985 it was created by a cartoonist named Alison Bechdel as a way to measure female representation in films. The test has three easy parts,

Seems simple enough? Amazingly however today still about half of films don’t pass the test.

As the test remains a good starting point for critiquing our film consumption I wondered if the test could be applied to other fields as well, like television or music. Then I found an article written for Pitchfork by Paul de Revere that adopts the Bechdel Test for music. De Revere modified the Bechdel Test as such,

As I listen to a broad range of music genres and a fairly large amount of female musicians I thought I’d give this a try. Here are five of my favorite songs that pass the Bechdel Test for  Music.

Finding these five songs was a lot harder than I imagined mainly because a lot of my favorite music is commentary on relationships (and more often than not heterosexual ones.) It’s important to remember as well that the Bechdel Test of whichever form is only the bare minimum in achieving gender equality in film or music.

Can you list some of your favorite songs that pass the Bechdel Music Test? List them in the comments below!

One Response to “The Bechdel Test for Music”