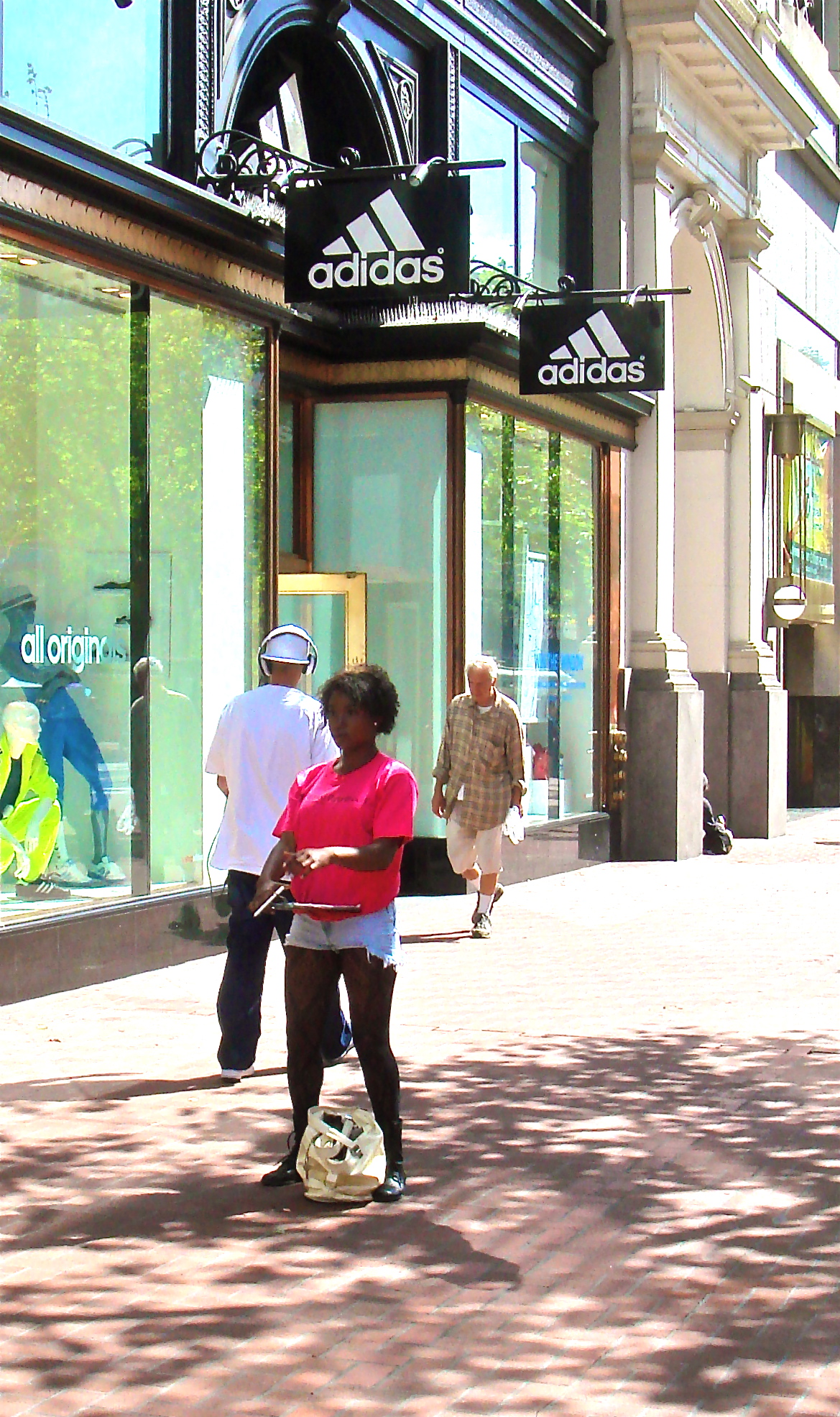 I stood in the middle of a semi- busy sidewalk on 88th and Broadway donning an oversized tee-shirt. My goal was to enlist monthly and one-time contributors to Planned Parenthood. Due to the pleasant and not so pleasant interactions I had with people on the street, I have decided to write an open letter to the people I encountered.

Dear People on 88th and Broadway,

I get it. It feels like it is 1,000 degrees Fahrenheit today. You have places to go, people to see, and I am an annoying obstacle standing between you and your destination.

Perhaps if I introduce myself to you all, you will be inclined to see me as more than a pest on a Tuesday afternoon. You might even be less likely to pretend you are listening to music or having phone conversations.  My name is Kadijah Ndoye and I am a student at Spelman College on a domestic exchange at Barnard College. I identify as a woman of color, a sexual assault survivor, LGBTQ advocate, and a women’s advocate in training.

I came across a flyer to join Grassroots Campaigns, Inc.  I was immediately interested because they advocate and fundraise for access to safe abortions and healthcare; I had to be involved.

When I learned that I would be canvassing, I had my reservations because I consider myself to be reserved and quiet when talking to people. Even so, I decided to get out of my comfort zone and talk to people about women’s rights.

I figured people would be willing to talk to me and I would be able to gauge their understanding about women’s issues. I was very wrong.

I would like to start off by saying that I was absolutely terrified of speaking with you all. I stood in the middle of the sidewalk and placed my multi-colored backpack between my feet as my legs trembled. I kept my handy clipboard by my side.  I was then instructed to strike up conversations with you. I would say something like, we support women’s rights/healthcare, can you help?  It felt like such an artificial way to start a conversation. Nonetheless, I tried to maintain my enthusiasm, but it started waning with every encounter.

I was told not to take people’s reactions personally on the first day of training with Grassroots.  I could not help but feel upset. Asking me to separate my experiences from what I was doing on Tuesday just wasn’t possible. I took the experience personally, perhaps too personally.

I was made to feel invisible by some. I spoke to you and you passed me on the street and did not acknowledge me with a smile or nod. My presence on the sidewalk as a woman of color attempting to speak my truth was frightening. When I felt ignored, especially by women, my confidence level admittedly dropped. We should be in this together my fellow women. That was one of many statements I muttered under my breath. As my confidence fell, so did my ability to speak with you.

I will never forget the men who said “I support you women” or “I support what you women are doing”. While the sentiment was appreciated, the responsibility to advocate for women was placed back on the women. The social, emotional, and physical relationships we have require that we not only support women’s issues, but advocate for them.

As I find myself becoming more entrenched in advocacy for abortion rights, access to birth control, and overall health and wellness, I notice a troubling disconnect between women and men at the social, national, and international level. Women’s rights are human rights.

One of you shouted, “I will never support you.” Another one of you came behind me yelling, “you are killing babies.” I understand that my presence on the street irritated you because you disagree with my stance on abortion and women rights. We could have just as easily had an intellectual conversation. I desperately wanted to yell back at you.  I decided against it because yelling back at you all would have made onlookers begin to question me and my morals.

“Have a great day,” I said. I hated using those words after someone had been so impolite, but that was all I could say. I eventually began using “Have a great day” as a colorful expletive while having a fake smile plastered on my face. It was childish, but it made me feel better.

As strange as it sounds, I thank you all for passing me on 88th and Broadway. I felt invisible, silent, and powerless while standing in the middle of that sidewalk.

I realize now that I should not have let any of you deter me from my speaking my truth. I have the right to say “I support women’s rights” with strength and power. You can choose to yell at me, you can choose to have a conversation with me, and you can even choose to ignore me. I always have and always will be an advocate for choice.

Thank you people on 88th and Broadway. You all have made me more resilient.

The Canvasser with Feelings