The Emmys Took Two Steps Forward and One Step Back 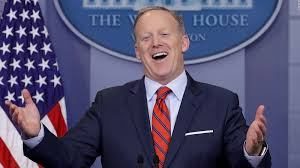 The Emmy Awards aired on Sunday to celebrate achievements in television this past year. As host Stephen Colbert said in his opening monologue, the Emmys featured its most diverse group of nominees in history, and many of these diverse voices actually won. In the fields of directing, acting, and writing, there were unprecedented achievements by people of color. Combine that with the success of the dystopian drama about a world where women have lost the right to control their own body, The Handmaid’s Tale, the night looked like a great symbol of the progress Hollywood has made in recognizing the work of marginalized artists. However great these successes, though, the awards show clearly highlighted the embarrassing reminder that this celebration of diversity is a simple opportunistic move, very similar to the one performed by the controversial appearance early on in the show.

Hollywood claims to be liberal and accepting; so accepting apparently, that they thought it would be fun to include former White House Press Secretary Sean Spicer in a comedic bit. Spicer joked about how the Emmys had the biggest audience that it ever had, period, echoing a similar claim he formerly made of the inauguration which he supposedly regrets. This “joke” isn’t funny when you realize that Spicer literally stood up in front of America and admitted that he lied to them. Sure, everyone knew he was lying, but this confirmation of the dishonesty of the current administration is quite frankly, terrifying. Sean Spicer may have been lying to us before, but he’s admitting it now, so it’s okay! Right? Hell no.

Spicer’s appearance at the Emmys is obviously a ploy to rebuild his image, much in the way George Bush was allowed to by mainstream media recently. People cannot be amused by Sean Spicer for essentially doing the exact same thing when he became press secretary: using an opportunity to better himself, the rest of the world be damned. If Hollywood cares so much about being progressive, they cannot laugh with someone like Sean Spicer ever. And certainly not this soon.

The Handmaid’s Tale swept the awards this weekend, but there wasn’t a single mention of the dark themes that resonated so eerily with the state of our country today—or even more so, the person currently elected as the nation’s leader. Nobody discussed how the show’s depiction of women losing their right to control their body is relevant to today’s times, when our president is notorious for his lack of concern for human rights. Considering the show’s success is almost singlehandedly in response to Trump’s election, it seems a waste to not even acknowledge the danger of having a president so similar to the leaders in The Handmaid’s Tale. In contrast, Nicole Kidman used her platform to speak out about domestic abuse when she picked up her award for playing a domestic abuse survivor in Big Little Lies. Nicole Kidman’s character in Big Little Lies and The Handmaid’s Tale both convey important stories about issues that people deal with and could potentially deal with in the future, but it is important to acknowledge this relevance, especially when it is this significance that helped achieve this success.

One of the more subtle exposures of Hollywood’s artificiality came in the segment commemorating voices in television lost last year. Many took notice of the inclusion of the late Fox News executive Roger Ailes and the exclusion of the late comedian Dick Gregory. Roger Ailes had been accused of sexual assault by several people before his death, while Dick Gregory was a civil rights activist. The inclusion of Ailes while excluding Gregory says so much about what Hollywood actually cares about. It’s hard to be appreciative of wins from shows made by people of color when the people who gave out those awards also found it best to remember a man who abused his position of power instead of a man who used entertainment to speak about social justice issues.

There were a lot of firsts this year for diverse voices behind and in front of the camera. I can’t deny that I was thrilled to see Donald Glover, Lena Waithe, Aziz Ansari, and Riz Ahmed on stage to receive the awards they so deserved, but Hollywood shouldn’t pat themselves on the back for this too quickly. This sudden success for people of color isn’t because people of color are finally achieving greatness—the public has simply decided that they’re ready to recognize the talent that was always there. It is harmful to think of these wins as something different, because it will only allow for things to return to the norm next year. These awards should be celebrated for sure, but we should be able to reach a time when such awards are so normalized that they do not need to be recognized.

The Emmys celebrated people of color and stories concerning people of color, and that is amazing and should be appreciated. However, when you look beneath the surface, it is clear that this success can only be attributed as a ploy for attention. In some ways, I think, okay. Sure, Hollywood may not actually care about people from marginalized groups, but if we’re being recognized and celebrated in some way, it doesn’t matter what they really think. But it does. A couple of months ago, Sean Spicer was mocking the Hollywood liberals, and now he’s partying with them, because that’s what he needs for his image. So, in the end, it’s not all that surprising that Sean Spicer was at the Emmys, because Hollywood is just like him: opportunistic. Who knows? Next year, Hollywood could be right back where they started, and all these successes of people from marginalized groups could have just been a fluke.