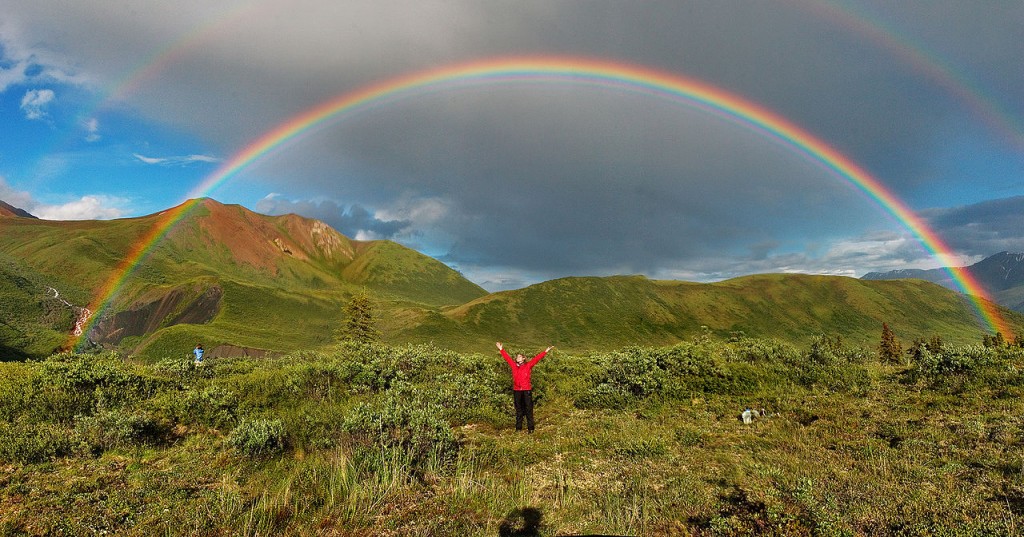 photo by Eric Rolph at Wikipedia

Something that’s often hard for me to navigate as a queer person is the own intersections of my identity. When I was taught, or rather researched on my own, the different sexualities one could possess I came across an extremely binary interpretation of sexuality.

Gay, bisexual, and straight were the three orientations that I understood to exist when I was initially doing my own self discovery, so naturally because I knew I was attracted to women I figured that meant I was gay. I figured that the physical attraction I had had for men in the past was merely me mimicking the sexualities of my friends in order to appear straight and fit into our heteronormative society.

But now that I’ve grown in my knowledge I’ve learned that sexuality does not exist in a binary but rather on a spectrum; a spectrum that can be as detailed or as simple as I want.

Personally I identify as queer because it is the broadest term that encompasses my preferences and the one I feel most comfortable using. However I do have to say that when a stranger or someone new asks me about my identity I often rely on using the term gay, because it’s the easiest to understand and safest if I don’t feel comfortable explaining the depths of my sexuality to a new person.

Just because I don’t necessarily rely on terminology to define my sexuality does not mean that it has not been helpful in my self discovery. Choosing to identify with a label  can be very comforting and can make you feel less alone in a world that is still very restricting of sexuality.

Below I’m going to list a few terms that you can use to help label your sexuality, or not! Remember it’s all up to you!

Asexuality is not celibacy; as people choose who are celibate may experience sexual attraction, but not necessarily act on it.

Someone who identifies as Demisexual, does not experience sexual attraction until they form a strong emotional connection with someone. While this can occur in a romantic relationship, this is not always the case.

This definition includes the fact that some individuals who identify as bisexual are sexually and/or emotionally attracted to more than one gender but only form relationships with one.

Another commonly used definition is: The sexual attraction towards the same gender, and gender(s) different than your own.

A term that can either be used as an umbrella term for anyone who sexually, or romantically is attracted to someone of the same-sex or same-gender. However this definition is typically used for those who identify as a man, or woman, although many other definitions exist.

The second definition is used to exclusively refer to someone who is male-identified, who romantically or sexually is attracted to other male-identified individuals.

An individual who identifies as Omnisexual may have an equal attraction to everyone and/or have no gender preference.

Pan sexuality is a sexual orientation used to describe an individual who feels they are sexually, and/or romantically attracted to all genders, based on an individual’s personality.

This is a sexual orientation that is used when an individual does not wish for their sexuality to be placed into pre-existing, conventional categories.

The rest of the list on sexual, gender, and romantic orientations can be found here! http://safespacenetwork.tumblr.com/define