Last week, it was announced that Kevin Hart would host the 2019 Oscars ceremony. Not long after, he stepped down after old homophobic tweets resurfaced on the internet. The Academy told him they would let him go if he did not apologize for those tweets which he refused to do. Hart addressed the tweets in 2015, claiming the “jokes” had come from a place of fear. The jokes consisted of Hart essentially saying he would never want a gay son, and if he were to get one, he would try to make him straight. In a world where conversion therapy is harming several LGBTQ+ kids everyday, it’s hard to imagine anyone finding something like that funny now, let alone in 2011 when he made the jokes. Still, in regards to critics who find the whole situation shady, they’re not exactly wrong.

The Hollywood Reporter conducted a poll to assess public opinion about the situation, and the results are deeply divided. Many people found the remarks offensive but, considering they were in the past, should be disregarded. Others find the Academy racist for punishing Hart when they rewarded so many others in the past for far worse. And though Nick Cannon’s intentions behind exposing homophobic tweets from white female comedians may not have been helpful, it does show a double standard. It could be argued that times are changing, and nobody could tweet such things today without receiving consequences, but the past shows that white people are consistently given more leeway than others.

Mel Gibson’s homophobic, anti-semitic, and anti black remarks in the past didn’t keep him from getting nominated for an Oscar in 2017. Woody Allen’s serious accusations of sexual assault didn’t stop him from getting nominated and winning several times. Casey Affleck’s sexual assault allegations didn’t keep him from winning an Oscar in 2018, and what’s the real kicker there is that was the same year Nate Parker’s Oscar buzz for his debut film completely disappeared when his sexual assault allegations came out. (Spoiler alert: Nate is black)

It’s a tricky situation. What Nate Parker and Kevin Hart did was reprehensible. Blaming the situation on racism isn’t out of line, but ignoring the issues of the queer community is. GLAAD was disappointed that Hart stepped down from the Oscars gig, lamenting an opportunity for Hart to apologize and use this opportunity as a positive platform for the queer community. Particularly for the Black queer community, who are the real voices we should be amplifying on this subject.

In fact, I don’t believe the discussion should focus on disconnects between the Black and queer community: any argument for either side ignores the existence of intersectionality. The Academy made a good decision here, a decision they should’ve made countless times before. Say what you will about social media, but it’s magnification of issues like this, that people like to keep under the rug, it serves as a conduit and can be a helpful catalyst for change. If the Academy truly cares about representing and recognizing marginalized groups, prove it. Hire somebody from a marginalized group who hasn’t tweeted about breaking a dollhouse on their son’s head for playing with it. That can’t be hard, right? Right?

Here’s an idea: hire Wanda Sykes. She’s black, queer, and has been in the industry longer than Hart. If she hosted the Oscars, she would highlight the visibility of intersections that people so often ignored in these sort of conversations. Plus, she would be a lot funnier anyway. 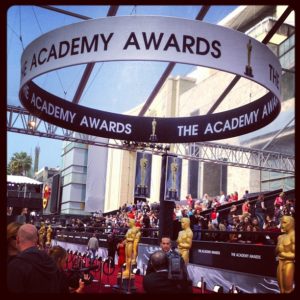