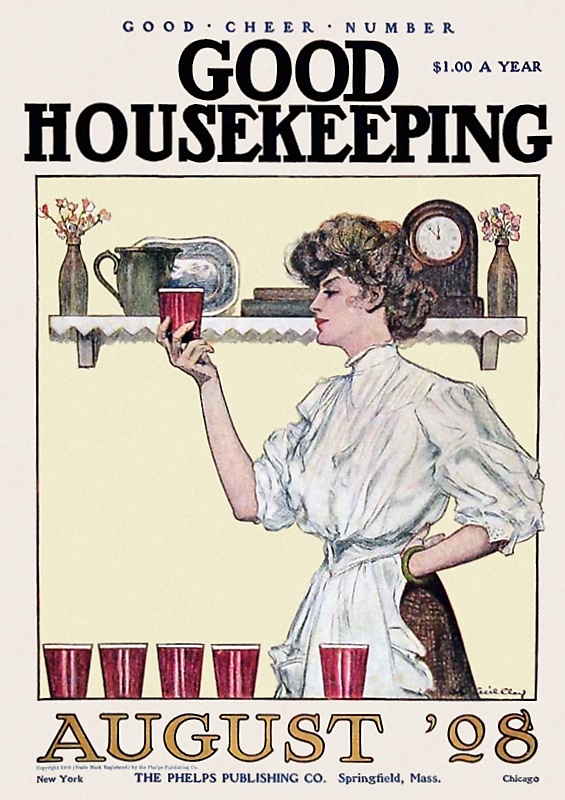 In just about every Intro to Women’s Studies class, students read an excerpt of Betty Friedan’s The Feminine Mystique, usually about ‘the problem that has no name.’ It was certainly one of my favorite readings that semester, and I still find myself skimming through it when I want to read something familiar.

Over fifty years ago, Friedan wrote about how women were starting to wonder, “Is this all?” They were becoming unhappy with their societally-prescribed roles in life: mothers, wives, caretakers, and very little else. This is how women of the time were taught, though: “They were taught to pity the neurotic, unfeminine, unhappy women who wanted to be poets or physicists or presidents. They learned that truly feminine women do not want careers, higher education, political rights—the independence and the opportunities that the old-fashioned feminists fought for.”

And so they did. They pitied the women who chose different paths from what they were ‘supposed’ to be going, though they still felt an emptiness inside of them, as though something was missing from their lives despite living exactly how they were taught to.

I think a similar problem still exists today, though it has branched out. It affects all of us, even when we try not to let it. The problem today is that no matter what women do, there is always going to be someone criticizing her—either to her face or behind her back—and some reason to feel inadequate with the choices she has made.

I am a feminist and I am proud of it, but from time to time, I still catch myself making a snide comment about a girl who I think is just going to college to get her ‘MRS degree.’ And hey, maybe it’s true—maybe she’s here to find a husband and that’s what she wants. It’s her life and that’s her choice and it doesn’t impact me in any way, so why do I have to say something negative about it?

This is something that I am constantly checking myself on.

Now, it is not just the career-oriented women who are being pitied and looked down on. Whether women want to further their education and then have a career, or stay at home for their family (think back to the so-called Mommy Wars), they’re going to have harsh criticism thrown their way for doing what they want to do.

And god forbid they want to have kids and a job! This article from the New York Post explains, supposedly, why women can’t have it all: “But the simple fact is this: When we tell women that they can have it all, we’re setting them up for disappointment.”

And it doesn’t stop at the family/career dilemma. For fun, I googled the phrase “why women shouldn’t” and got a nice list of results:

Should Women Have Rights?

Why Women Should Not Run

The list goes on, but these were just from the first three pages of results.

The problem that has no name has expanded, enveloping all women in an effort to make us feel inferior for our choices. If we want to go to school and get a job, there’s someone telling us we can’t or we shouldn’t. If we want kids or want to get married or pursue sex or do anything, somebody is going to try to make us feel inadequate about the path we choose.

So I’m here to tell you, to scream from the mountaintops if I have to, that you are not inferior. You are not inadequate. Whether you want to stay at home and have kids, have no kids, work, or work and have kids, you can do it! And don’t let anybody shame you into thinking otherwise.