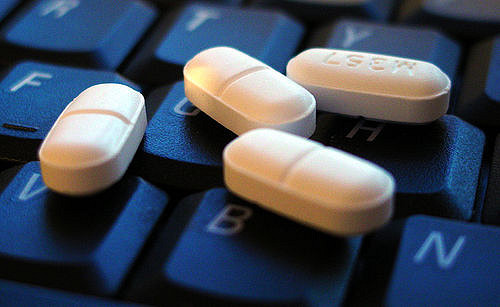 For people seeking abortion care in rural areas and/or states with few abortion clinics, telemedicine abortion is a way to increase access to this particular form of health care. Telemedicine abortion involves the prescription of the two medications that induce an abortion before 10 weeks gestation when the provider and the patient are in different locations.

How does this procedure work? First, we must know how medication abortion works.

Medication abortion is a non-surgical means of terminating a pregnancy. According to the Henry J. Kaiser Family Foundation, medication abortion, also known as the abortion pill, can safely be used to terminate a pregnancy up to 10 weeks. The method was approved by the FDA in 2000.

The “abortion pill” actually consists of two different medications taken at two separate times. First, a patient orally ingests mifepristone, which blocks the production of progesterone. Then, one to two days later, the patient places four misoprostol pills in their cheeks. This medication stimulates the uterus to cramp and bleed like in the event of an early miscarriage.

The FDA regimen for medication abortion, provided by the foundation, states that the first pill is to be dispensed in the doctor’s office, but the location of administration is not specified. The second set of medication, the misoprostol, is meant to be taken at home. For a follow-up visit one to two weeks after the first dose, the location of the visit is also not specified. This opens up the opportunity for medication abortions to be administered remotely.

Telemedicine abortion begins like any other abortion care method: the patient visits a health clinic, receives consultation, and undergoes the necessary blood work and tests prior to receiving abortion care. The only difference is that consultation between physician and patient is over a video call.

In some cases, people receive the first pill, the mifepristone, from an advanced practice nurse or physician assistant who is present in the clinic. However, in 34 states, it is required that only licensed physicians can perform medication abortions, according to the Guttmacher Institute. In those instances, the physician who prescribes the abortion pill can quickly ship the medication to the patient, as the FDA does not state that the medication has to be taken in the clinic. The state of Iowa saw the first telemedicine abortion program in 2008.

Telemedicine abortion sounds like a great option for lots of people: people living in rural areas, people lacking adequate transportation to the clinic (especially when state-specific waiting times are thrown in the mix), and people in states with very few or only one abortion care facility.

Unfortunately, many communities who could benefit from the access to telemedicine abortion cannot receive that care. The Guttmacher Institute has recorded that 19 states require the physician to be physically present while the patient takes that first pill. This prevents telemedicine abortion from being a valid option in these states, which include Texas, North Carolina, Arizona, and my home state of Kansas.

This is where rural health care suffers. I grew up in northwest Kansas, in a place where it takes at least four hours to drive to the nearest in-state abortion provider. Though I have not had to seek that care, I know that distance between my home and the city of Wichita would make obtaining abortion care a hurdle for me. It’s certainly been a hurdle other people in Kansas have faced.

If you live in one of those states where abortions providers must be physically present during that first dose of medication (URGE-affiliated readers: this includes Kansas, Texas, and Alabama), reach out to your state representatives and senators to see if legislation has been proposed to overturn that law. If no potential bill exists, ask them to propose one. Telemedicine abortion is critical for states like Kansas, where clinics are few and far between and many people live in rural areas, and that restriction on telemedicine abortion negatively affects our health care options.