The Science Behind the Female Orgasm: Originally an Ovarian Matter (Maybe) 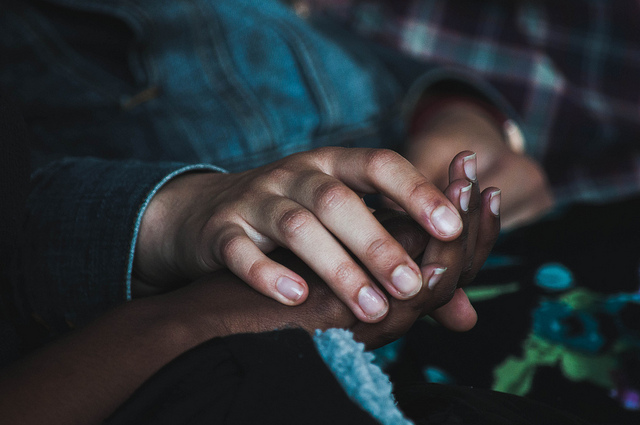 The female orgasm—it’s been researched enough to prove that it exists and what the female body undergoes before, during, and after orgasm. But another question remains: Does the female orgasm serve a reproductive purpose?

We know why male bodies orgasm. From a solely reproductive lens, it serves as a way to trigger ejaculation and get sperm one step closer to fertilizing an egg.

According to Women’s Health, during sexual stimulation, the vagina widens up toward the cervix while pelvic muscles tense up near the vaginal opening. After more stimulation prompts those muscles and nerves to build more tension, an orgasm happens as that tension is involuntarily released.

“The big bang is the moment when the uterus, vagina, and anus contract simultaneously at 0.8-second intervals,” writes Nicole Beland for Women’s Health. “A small orgasm may consist of three to five contractions; a biggie, 10 to 15.”

However, as most people know, not all orgasms are made equal. Some people need clitoral stimulation to orgasm, but some only need vaginal stimulation. Daniel Oberhaus writes in Tonic that a 2017 study found that 37 percent of the American women who were studied needed clitoral stimulation to orgasm. Eighteen percent of women studied said they could orgasm with just vaginal penetration. In that same study, nine percent of participants said they did not orgasm during intercourse and/or orgasmed during other sexual acts, like oral sex.

But besides making us feel good with that physical release and flush of oxytocin, what purpose does the female orgasm have from a solely reproductive point of view?

In a 2016 study, researchers Mihaela Pavlićev and Günter Wagner began to think about human female orgasm when considering how other mammals release their eggs to be fertilized, reports Elizabeth Pennisi for Science Magazine. While human ovulation, much like other primates’ cycles, is scheduled and happens independently, other animals’ bodies can prompt the release of an egg when certain factors are observed. Female rabbits, an example Pennisi cites, do this; intercourse or even a male rabbit being around a female can stimulate egg release.

“In either case, a series of changes involving the hormones oxytocin and prolactin are triggered that cause the egg to mature and migrate,” Pennisi writes.

It’s possible that female orgasms today are traces of a system used to trigger ovulation. In the literature study conducted by these researchers, its known too that earlier mammals’ clitorises were positioned inside the vagina. But through evolution and time, the clitoris has shifted spots, becoming more external. “A shift in the position of the clitoris is correlated with the loss of intercourse-induced ovulation,” said Martin Cohn, an evolutionary developmental biologist at the University of Florida in Gainesville, Pennisi reports.

So while female orgasms today don’t stimulate the ovulation, this leftover bodily function from many millenia ago still serves a pleasurable purpose.