The Witch Hunt We Need 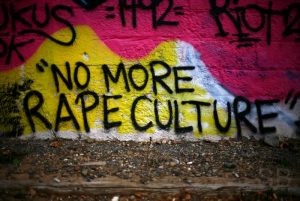 In wake of the allegations against Harvey Weinstein (and more importantly, the real consequences being taken against him), many survivors of sexual assault are finding the courage to speak up. The #MeToo campaign and subsequent #IWillSpeakUp campaign directed toward men are prominent on social media all throughout the world. The reality of the statistic that 1 out of 6 American women will be sexually assaulted in her lifetime has been amplified to a disturbing, but extremely necessary degree. The weeks following Weinstein’s allegations saw more men in power being accused of sexual assault, including actor Ben Affleck and former president George H.W. Bush among many, many others.  And the voices of survivors have not been fading out.

Most recently, actor Kevin Spacey was accused by actor Anthony Rapp for assaulting him when he was fourteen years old. In response, Spacey typed out an apology, claiming that he had no recollection of the event. However, the most notable part of Spacey’s apology was the paragraph announcing that he had “chosen now to live as a gay man.” Though media outlets initially focused the story on Spacey’s official coming out after years of speculation, it wasn’t long until people started slamming him for choosing to come out as a clear tactic to shift focus from the fact that he sexually assaulted a minor. A moment that could have been used as a big stepping stone in an industry notorious for not representing marginalized groups, including the LGBTQ+ community, instead served as a way to justify predatory actions and pedophilia. I’m sure Kevin Spacey’s PR team thought that his coming out could serve as a moment for celebration, considering the public’s tendency to applaud white men as easily as its habit of brushing their very real crimes under the rug. But as the aftermath of the Weinstein allegations has proved, society isn’t letting white men off the hook anymore.

One of the people who commented on the Weinstein situation was famed director and pedophile Woody Allen. Allen was quoted as defending Weinstein, stating that he was a “sick man”, and that the public needed to not create a “witch hunt atmosphere.” I won’t even get into the hilarious, yet sickening irony that Allen was asked for his opinion in a discussion about sexual assault; but his words are a clear indication of his, and I’m sure many other white men’s, ignorance of not only the reality of rape culture but the Salem witch trials. These witch hunts were a way to keep women in line, to punish them for speaking up too much or asking for too much, or simply trying to exist as people. To compare Weinstein to these women is misguided and insulting. The people who are speaking up today against sexual assault are the very witches who would have been burned at the stake in Salem.

You would think after all this time that the sheer depth of white men’s ignorance would stop surprising me, and yet I’m still baffled. I cannot understand anyone who is defending Weinstein or the several other predators in the world. There are actually people who think that these women are lying and are using this as an opportunity to get attention–people who think that these survivors are making up fake stories and revealing fake feelings just for retweets. It makes me sick. Even worse are the people who believe the stories, but truly think that these women should’ve known what they were getting into, that most of these incidents could’ve been avoided. And, you know what? They’re right. Most of these incidents could’ve been avoided, but not because of the victim. But because of the enablers who allow sexual assault to happen on a daily basis and allow these attacks to be swept under the rug. Though it saddens me that it has taken so long for these predators to receive the deserved consequences and that social media cannot alone make the social change that we need, I am hopeful for the progress to come. Because, Woody Allen is right. This is a witch hunt–only this time, the witches are speaking up loud and clear.