They Broke The Silence–Now Show Us You’re Listening 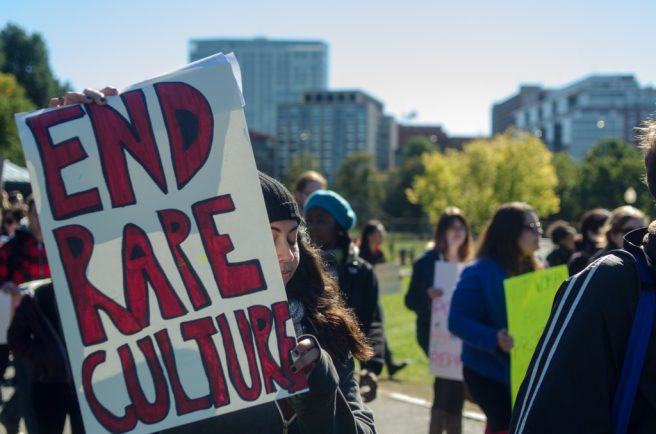 Time‘s Person of the Year was recently announced: The Silence Breakers, a group of women who spoke out against sexual assault this year and helped start the #MeToo movement. Since Trump’s recent claims to have been asked to be the Person of the Year for 2017, the real choice felt like an even bigger victory. Until, I saw that Trump was actually the first runner up for Person of the Year. Here’s a passage from Time‘s article:

“One thing is sure: love him or hate him, Trump has invaded our attention in ways previous Presidents never did. He commands more than just the levers of executive power; he has the nation, and the world, in the grip of his singular performance, and events have bent to his will. This has been Year One of Trump’s presidency, and the Trump show continues unabated. The reviews may be mixed, but no one can turn away.”

Goodness. Is it me or could you replace Trump with Kardashian and president with reality star (which would work with his name as well) and this would still make the same amount of sense? The way Time writes about Trump makes him sound like a character, an entertainer, and certainly not the president of our nation.

Nevertheless, if you read the entire article, it’s clear that Time magazine admires Trump greatly–similarly to how I’ve seen a lot of white liberals react to him. “The guy’s crazy, but he’s a crazy genius. Not that I support what he says,” says the white boy with dreadlocks just before launching into a mansplanation of how the girl accusing his frat brother of rape is clearly trying to get attention (I’m assuming). Well, if you really didn’t support what he said, you wouldn’t be impressed with him–you’d be disgusted. Which I would think Time would be, considering who they choose to honor as Person of the Year.

Time included this in their piece on the Silence Breakers, which is ironic considering Trump’s runner up piece included language that was downplayed even more–in a discussion of his inappropriate acts of leadership, his behavior was simply called “unorthodox” . Not once is his serious sexual misconduct ever mentioned. Maybe Time didn’t see it relevant in relation to the subject of his twisted power, though I can’t even begin to fathom why not when it’s main piece literally spells it out for them.

With all of Trump’s other faults, it’s easy for pesky things like that Access Hollywood tape to get lost in the mess, as well as other blunders like his insults towards Mexican people or Muslims or people with disabilities or pretty much any person in this country who isn’t a white male. These indiscretions don’t seem to serve the bigger picture people want to see and what his supporters saw last year–Trump is the “outsider who got in”, probably the most ironic of phrases to ever describe anyone. As I thought most of us had figured out by now, Trump was never outside anything; it was his very own people who let him in with open arms. And yet, Time can’t help but marvel at his apparently unprecedented success. Maybe it’s because he’s actually the president now, so we should just deal with what we’re stuck with and treat him just like any other president and not even discuss his very real crimes against people.

The article puts so much emphasis on how the most important thing to do right now, in regards to sexual harassment, is listen to the survivors. The people included as the Silence Breakers were victims of sexual assault who were questioned about their experiences, but Time didn’t think to have their runner-up/sexual predator questioned on that very subject. It’s like what Terry Crews said in his interview with Time – “Why are you questioning the victim here? Let’s flip it. Let’s talk about what the predator is doing.” I thought you said you were listening, Time.