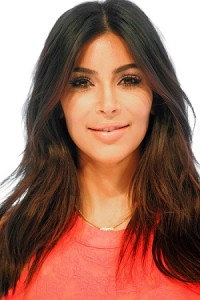 This week Kim Kardashian West posted a selfie online in which she was naked with black bars covering her breasts and vagina.

Of course, slut-shamers everywhere saw this as a chance to attack Kim and reiterate their belief that she is a bad example for young girls, her daughter, etc.

Several celebrities took to Twitter to shame Kim also, people who call themselves feminists told Kim she is bad for women and children. Which seems pretty counter-productive to me. There are a lot of issues feminists have to worry about and fight to change — Kim’s nude selfie is not and should not be anywhere on that list. It’s her body, and therefore her decision to share or not share.Thankfully, Kim took to Twitter and her website to clap back at those trying to shame her.

If you are one of these people slut-shaming a woman’s choice to share a nude selfie, you need to step back and evaluate what you’re really saying. We tell women to be confident in their bodies, but the moment someone shows that confidence we call her a slut? No, back it up.

As reproductive justice activists, we have a duty to shut this kind of stigma and shame down, because people who get abortions often experience the same thing. People wait outside of clinics just to call patients entering for their appointments murderers or sluts.

The magnitude and prevalence of stigma surrounding those who seek out abortions often makes people feel like they are alone, are in danger, or are at risk of losing connections with their loved ones who disagree with their choices.

Social media and reproductive justice activists are attempting to fight back against this stigma. URGE’s Abortion Positive campaign seeks to stop the sham by letting everyone know that abortion can be an unburdening, uplifting, and positive public good.

#ShoutYourAbortion is a campaign that created a digital platform for people to tell their abortion stories in order to normalize it.

The hope is campaigns like these will lead to a world where abortion is not something people are ashamed of, but instead see as a safe and viable health choice.

Don’t get me wrong, I’m not saying what Kim went through is the equivalent to getting an abortion in a red state. What I am saying is, that both experiences shame people for simply making a decision with their bodies, and this needs to end. The idea that people cannot be free to make their own choices, and define body positivity for themselves is ridiculous and I honestly cannot believe this is STILL something to discuss. Kim’s nudes do not hurt you. Someone getting an abortion does not hurt you. Stop shaming them for choices they are making with their own damn bodies already.