‘Twas the day before the Inauguration

On January 20th, Donald J. Trump will become the 45th President of the United States. In response to his upcoming presidency and administration, thousands of organizers, advocates, and activists are mobilizing their communities and making their resistance known. From the resistance manual released from Deray and Campaign Zero, the vision for Black Lives released from the Movement 4 Black Lives, and the policy platform released by the Women’s March on Washington; citizens refuse to stay silent and allow Trump’s administration to continue the violation of human rights and legacy of systemic inequalities that exist within this nation.

These next four years are going to be a continued battle for humanity. We’ve seen from the confirmation hearings, the policies his nominees support and want to enforce upon us. We’ve seen protestors get arrested after disrupting hearings to ensure their discomfort and opinions we’re heard. We are going to create a scene in Washington and we might as well look good while we get arrested for disrupting the peace. 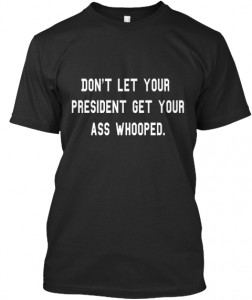 “Don’t Let Your President Get Your Ass Whooped” 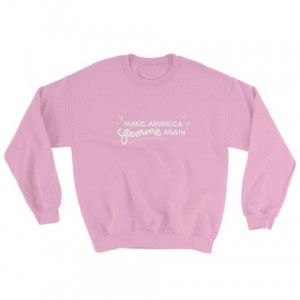 2. This sweatshirt can keep you warm during marches and protestors as well as waiting to reach bail from getting into a brawl with an All or Blue Lives Matter person who is DC to wait Trump ruin the presidency and the nation. 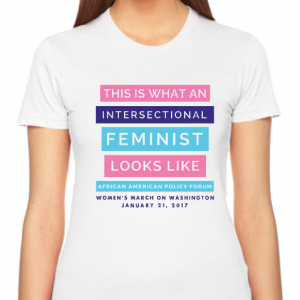 3. This shirt created by the African American Policy Forum in partnership with the Women’s March on Washington allows people to put their intersectionality into practice through marching with a diverse coalition of people that represent the changing demographics of our nation along the race, gender, ability, socioeconomic, and sexual orientation lines.

To all my organizers on the front lines this week, stay strong and stay safe.

(PS. The ACLU has a Know Your Rights Pack specifically for demonstrations and protests)