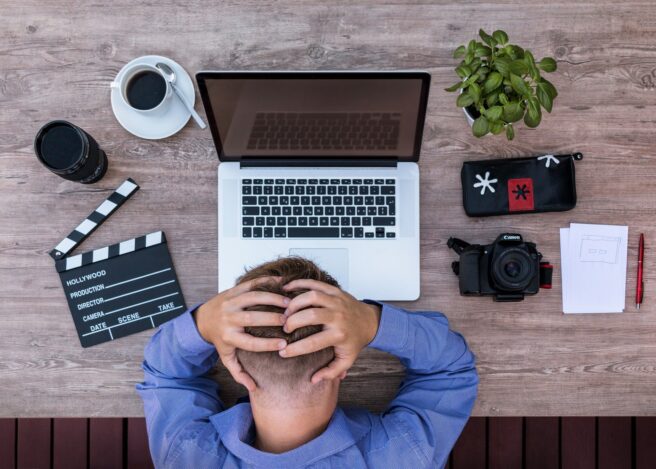 The social contract between employees and their employers is being rewritten right before our eyes. The social contract is the agreement between you and your employer about expectations around exertion, time, and labor. The pandemic has triggered a rippled effect that has changed the trajectory of a growing list of some of the most important aspects of our lives here in the United States. The workplace has been the target of a seismic shift in culture as workers from a plethora of industries call it a quits.

In April of this year, the number of individuals quitting their jobs rose to a record-breaking 4 million people and continued to grow every month after that, starting the trend that has now been dubbed “The Great Resignation.” The freedom that remote work gives people has caused many to reassess their relationships with their place of employment. A considerable amount of people have since concluded that they can no longer remain in the same conditions that they have been forced to work in for so long. These mass resignations have been accompanied by a string of strikes at several corporations, many of which are still in progress.

These strikes have been extremely high profile as they include colossal companies among the likes of Nabisco, Kellog’s, John Deere and even Hollywood union workers have begun withholding their labor in hopes of higher pay and a better working environment. In Milan, Illinois amid a strike comprised of about 10,000 John Deere workers, a fellow striker was hit and killed by a vehicle entering the parking lot of the building, proving that their efforts were not only a danger to their careers but their lives as well. The events that led up to the death of cinematographer Halyna Hutchins and the wounding of director Joel Souza occurred within the context of the ongoing Hollywood crew member strike. Not soon after union members started to withhold their labor, employers invited non-union members to take their places to continue production. Many speculate that this could be a determining factor in the fatal accidental shooting involving Hutchins and actor Alec Baldwin on the set of the upcoming movie “Rush”. This incident confirms the fears of many strikers and supporters of workers’ rights, the act of hiring non-union workers during a strike is not only extremely unethical but, also potentially very dangerous. Especially when the work involves risky equipment such as prop guns or heavy machinery.

Companies of a variety of sizes have been trying to eclipse the true nature of the Great Resignation by citing a “labor shortage” as the reason for their lack of employees, further frustrating the public that knows all too well that the real reason people have decided not to work. The wages that people are expected to work for are embarrassing and do not meet the needs of anyone in our so-called “developed” society. We are still discussing whether or not people deserve to be paid at a rate that allows them to just live when in reality there should be no question about paying people enough to live comfortably and fully. And, even if people are to be paid what they are owed, we would undoubtedly still have concerns about whether or not these work environments were considerate about the happiness of those that work there, a well-paid job does not guarantee a happy worker.

The Great Resignation is not just a US phenomenon, according to recent research by Microsoft more than 40% of the global workforce are considering leaving their employers this year. It is impossible not to compare this current labor movement to those of the past and we can only hope that this new revolution will result in a long-lasting, significant change in the way we view work and our value as workers. If you find yourself contemplating leaving your job because it is not paying you enough and not making you happy, know that you are not alone. Your decision to quit will become a part of a larger historical moment and will not be done in vain. Reminder, support your fellow workers that are striking by donating to their causes if you can and above all else, do not cross the picket line!