What Everyone’s Missing in the Gloria Steinem Controversy 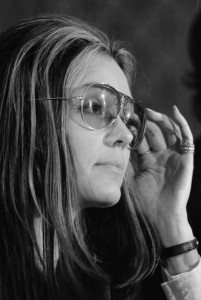 Everyone on the Internet just about lost their minds this week trying to divine some hidden meaning from the controversy surrounding Gloria Steinem’s comments about young female voters. The reactions included everything from kneejerk defense to wholesale condemnation. As a young woman and long-time admirer of Steinem for her pioneering work advocating for survivors of domestic abuse and, let’s be honest, her kickass glasses, I found her comments unfortunate and tone deaf.

Not to be outdone, Madeleine Albright, the first female Secretary of State, also chimed in with some of her own tone deaf advice for the young female voter. Speaking to a crowd of prospective voters, Albright admonished young women for taking the feminist movement for granted, reiterating her famous quip that “there’s a special place in hell for women who don’t help other women.”

Together, these two comments created considerable confusion for the pundit class and casual observers alike. Namely, what’s going on and why are all the ladies arguing? The general consensus: a generational divide between young feminists and those who lived pre Roe v. Wade is tearing the feminist movement apart.

As a young feminist who cut her teeth on readings by Steinem and her contemporaries, this explanation couldn’t be further from the truth. First, disagreeing with Steinem does nothing to diminish her considerable contributions to the feminist movement. Maybe more importantly, I take issue with Steinem’s and Albright’s comments, but not because I know how to use snapchat (we’re all still slightly confused about when to snap back though, right?).

What so many pundits are missing is that this conflict isn’t generational, it’s not even novel. Instead, Steinem and Albright’s comments and the conversation surrounding them have brought fundamental disagreements within the feminist movement to the surface of public attention.

However, this disagreement doesn’t come from our age, but from a different understanding of how women experience oppression. Steinem and Albright’s comments illustrates one of these understandings which asks us to believe in the existence of a universal womanhood. According to feminists in this camp, the shared experience of sexism can and should unite women across the globe. Although Steinem and Albright no doubt acknowledge that women experience sexism differently depending on their other intersecting identities (class, race, sexuality, ability, citizenship status, etc.) they still believe that women everywhere stand to gain when even a few women reach the highest echelons of elite institutions.

Unlike Steinem, Albright and their contemporaries, many of the young feminists they’re lamenting don’t think that a universal experience of womanhood exists. Many feminists, young and old, believe people experience oppression that, while rooted in sexism, can’t be separated from the day to day realities of being poor, or disabled, or black, or queer. We don’t buy into the idea that the benefits of a select few women occupying positions of power will trickle down to all women everywhere. The first female CEO of a company may break the glass ceiling, but that doesn’t mean the cracks she’s made will allow her sisters to climb up with her.

This tension within feminism is not generational. It’s a difference in the way feminists understand the ultimate goal of the movement, a difference that was articulated by plenty of feminist thinkers and activists before Roe.

All of this is not to say that Gloria Steinem is no-good or out-of-touch. Dismissing her immense contributions because of one comment is ridiculous. Instead, the space for disagreement within feminism that Steinem’s comments illuminate is important. Dialogue about these differences allows us to constantly challenge our own assumptions, and recognize the diversity of opinion that makes our movement vibrant, something I think we can all agree on.