Perhaps I am late to the party, but IUDs or intrauterine devices  are becoming an increasingly used as a reversible contraceptive method. According to Planned Parenthood, IUDS are a “T-shaped” device inserted into the uterus to prevent pregnancy” that is placed in the woman’s uterus by a healthcare professional.

According to Michelle Andrews in Kaiser Health News, people who used methods of contraception between the years 2011 and 2013 used birth control pills at a rate of 26 percent, condoms at a rate of 15 percent, and IUDS at a rate of 12 percent. An example of the Paragard IUD: 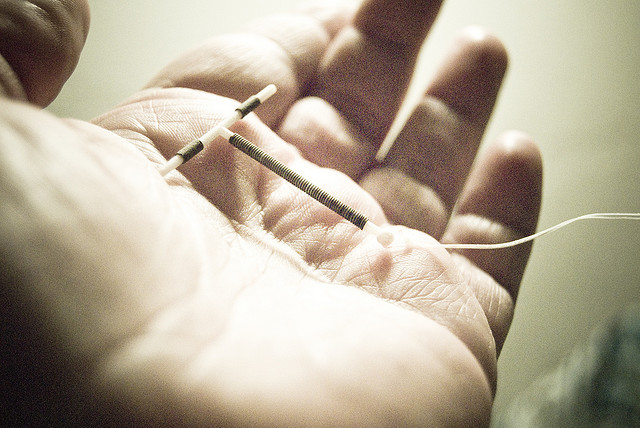 Hormonal IUDs, much like hormonal birth control pills, they thicken the mucus in a woman’s cervix to prevent the joining of the sperm with the egg. ParaGard IUDs can act as preventive measure after unprotected penetrative sex with a male partner if it is inserted in less than five days of having sex.

*They do not prevent against sexually transmitted diseases.

From what I have researched thus far, IUDs appear to be a very effective method of birth control that may provide some people with greater flexibility in their lives. It may, however, require increased doctor’s visits to ensure the effectiveness of the IUD. If you have wondered about IUDS and whether or not they might work for you, contact a health care professional who can provide insight in to IUDS as well as other contraceptive options. For college students especially, take advantage of the amenities at your institution by inquiring about the reproductive healthcare services available and the contraceptive methods offered at your school.