5 Responses to Rape that Feed, not Fight, Rape Culture 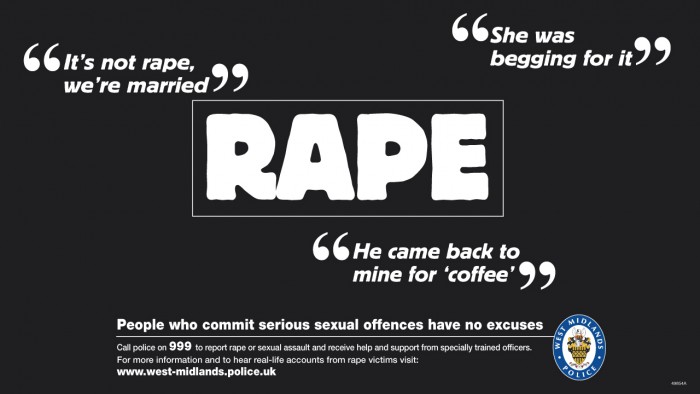 In 2016, we’ve seen unprecedented progress when it comes to recognizing the prevalence of rape culture, and coming up with legal and social ways to fight it. From bipartisan support for the Sexual Assault Survivor’s Bill of Rights and the success of the #ItsOnUs campaign, we’re closer than ever to protecting survivors of sexual violence and making sure victims feel safe and heard at every level. However, we’ve also seen some pretty shitty attempts to explain away rape culture, make excuses for convicted rapists, and blow off incendiary comments made by a certain Presidential candidate…

There have been (too many) opportunities for our nation’s elected to not only speak out against rape and sexual violence, but to also take a stand against the pervasiveness of rape culture. However, too many rape apologists further demonstrated the painful effects of the aformentioned, proving our society still perpetuates sexual violence. This perpetuation is especially exemplified by the three responses below:

Response #1: “This was not sexual assault.”

After leaked tape of former reality TV personality and NBC host, Billy Bush, laughing about and describing sexual assaulting women, conservative campaign advisor, Kellyanne Conway, attempted to explain the comments away by saying they weren’t even about sexual violence.

According to Vox, the context of this notable Conway quote came out of the following conversation between Dana Bash of CNN and Conway:

Bash: “…this is suggesting sexual assault.”

Conway: “That’s a very unfortunate phrase, and people really should stop using it.”

Conway: “Because I know him better, and I know better.”

Conway: “He did not say the word ‘sexual assault’.”

Conway’s comment is especially infuriating because it hits on what sexual assault survivors have to deal with every fucking day: denial of their experience. It’s akin to suggesting that the behavior the two men bragged about was “not that serious” –that it didn’t amount to sexual assault. Such comments demonstrate the frightening reality that there are swaths of our society that refuse to acknowledge that sexual advances and behaviors towards another person without their consent constitute sexual assault.

Response #2: “I have a mother/daughter/sister etc. and therefore am disgusted by sexual violence and/or harassment.”

This response has been peddled by many politicians, notably Paul Ryan (R-WI), Mitch McConnell (R-KY), and Mitt Romney (former Republican presidential nominee). These individuals are suggesting that their paternalistic responsibility to protect the virtue of women bearing relation to them is the most important factor motivating them to denounce sexual assault. Ew.

Comments such as this that homogenize women, or simplify their existence in terms of their relation to other people, do not recognize women as individual beings. I cannot help but wonder; do the people not related to these denouncers not matter? Are they not in need of protection? What about the women who do not fit into a neat relational category, or who do not look like the women in these men’s lives –are they not deserving of the same respect?

Response #3: “The rapist was/is a nice person who had/has a promising future.”

This trope is so tired. And absolutely insulting. And perfectly summarized in the Brock Turner decision and his father’s especially foul character witness letter to the judge in the case. In the letter, Turner’s father downplays the significance of the assault and suggests that his son’s bright future contributions to the community will be compromised if he is sent to jail etc.

What else can be said to so absolutely trivialize the harm done to one person by another than to attempt to suggest that the criminal’s violent behavior, and the survivor’s resulting suffering, shouldn’t distract from the mere potential that said criminal has to “do good” (-whatever tf that means; my best guess would be that he would take his privilege and his degree from his high falootin’ university and make oodles of money in some corporate cog job.)

ANYWAY, the judge in the case gleefully agreed, clapped his hands, and handed a down an abysmal six-month jail sentence, not even coming close to the prosecution’s ask for six years.

And it just keeps happening. From assault allegations coming to light to revamped victim blaming, 2016 continues to disappoint on the rape culture discourse front, despite concerted effort by activists and lawmakers alike to rain down justice and wash away the stink of the misogyny.