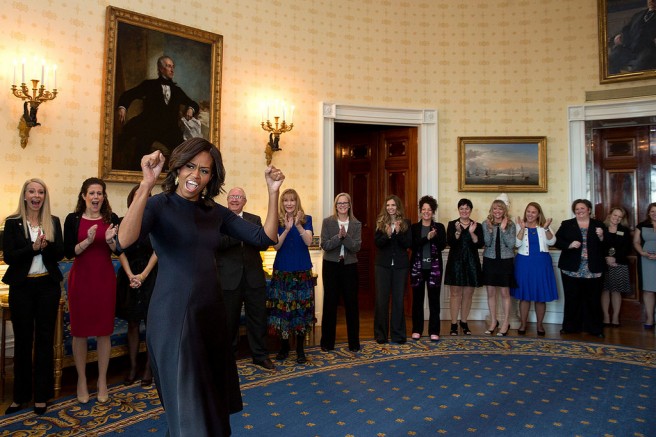 2015 has been a turbulent year to say the least. Activists continue to work fearlessly through media attacks and very real violent attacks. There is still work to do, but I want to take a moment here to reflect on some of 2015’s social justice victories for women’s rights, the LGBTQcommunity, and #BlackLivesMatter movement.

In a surge of moving supporting of the trans girl they voted in as homecoming queen, high school students in the Kansas City area staged a successful counter protest to the Westboro Baptist Church.

Mixed results came out the student movement at the University of Missouri. Student activists, joined by some faculty members, were able to oust their racist president, Tim Wolfe. Their success was met by strong opposition from white supremacists, but their victories affected university politics just across state borders at the University of Kansas and Wichita State University for the better.

I chuckled while watching  anti-abortion speaker, Troy Newman, get deported from Australia in the midst of his speaking tour. After Australian authorities decided  they didn’t want our domestic terrorists harming their communities, Newman, president of Operation Rescue, traveled to Australia with a revoked visa. It didn’t take long for the country to deport him, and for US officials to reconsider letting him back in the States.

It has been almost 30 years since a Chicago police officer has been indicted. Once video evidence of CPD officer, Jason Van Dyke, shooting 17 year-old Laquan McDonald 16 times surfaced, the rallying cry for justice was heard in cities throughout our country. This case has the potential to set a strong precedent for police brutality. However, it in no way makes up for the countless lives lost to police violence, but can serve as an example for other cities to follow in the future.

The Supreme Court’s decision to legalize same-sex marriage in all 50 states is the biggest victory in 2015, and carries the most legal precedence. Not only does it start the next stage in the fight for LGBTQ rights, but millions of lives changed overnight. Same-sex marriage moves us closer to true and equal legal protection in housing and employment, and sparks significant cultural changes that embrace acceptance and support.

I want to end 2015 with a celebration of the tireless work that led to these social justice victories and many others, while also reflecting on the issues we all still face. Activists of 2016 have the ability to really capitalize on the momentum created by social justice movements of 2015 and can achieve so much more.