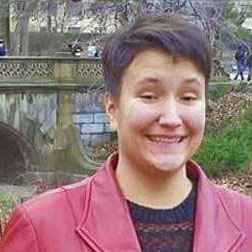 Favorite sex scene from a movie/TV/book: Donna and Max's first encounter in Obvious Child because it's super realistic and not one of those 'steamy-bumping-into-all-the-furniture-and-breaking-picture-frames' troupes that's in everything

Vote or Die? Why Voting in Kansas is a Public Health Crisis 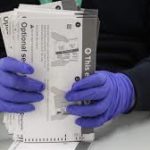 To many people in our communities, especially in Kansas, voter suppression is not a new thing. However, voting is about to get a lot harder because of COVID-19, unless we, as young people, demand better from our elected officials. Personally, I couldn’t vote in my first election in 2014 because of former Secretary of State Kris Kobach’s proof of citizenship requirement. For those who are unaware, this was a rule that required you to submit a copy of vital documents, like a birth certificate or passport, after registering to vote. Despite being born in the US, I couldn’t produce the documents needed to vote because I was born in Nevada, and then had my last name changed in California after my parents were married. I would have needed not only… Read more »

The Anti-Trans Bathroom Bill in Kansas is Dead…But for How Long?

The Kansas State legislature adjourned their 2016 session early Monday morning until their ceremonial adjournment in June. This means that any legislation which was not brought to the floor was automatically killed. In that group of now-dead legislation was the infamous bathroom bill, HB 2737. It may seem like good news, but I would caution otherwise. The way I see it, the legislature has seen the backlash restrictive bathroom legislation has received in recent news. With it being an election year, no one in a swing district wants to do something too controversial; North Carolina provided enough warning. Effectively, the legislatures will just be waiting out the tide of media coverage on the issue, so if and when it is brought back to floor, the same kind of media pressure will probably… Read more »

What the Anti-Trans Bathroom Bill Would Mean for Kansas Students

Unfortunately, the Kansas Legislature is still considering HB2737 as a way to legalize transphobia. HB 2737, the Student Physical Privacy Act, states that students using facilities designated for the opposite sex of their biological sex threaten the psychological and physical safety of others. In the language it also states that public schools, including universities, need to take reasonable steps to make sure that people of the opposite sex don’t use the ‘wrong facilities,’ or face a lawsuit. These “Reasonable Steps” that schools should be taking were not outlined. Putting this so vaguely makes a case against a transgender student easier to file and leaves the possibility of means of finding out such as physical or sexual assault excusable. The school would have to pay $2,500 plus lawyer fees and any… Read more » 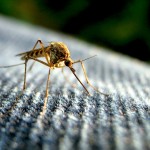 The recent surfacing of the Zika virus in the Americas highlights the public health concerns caused by restricted access to contraceptives and abortion access. Last May, reports of Zika infections started coming out of Brazil, and in February, the World Health Organization (WHO) declared the virus a public health emergency of international concern. Zika is spread by blood through a specific breed of mosquito. Normally, infections manifest themselves in the form of a rash and conjunctivitis, but for fetuses, the effect is significantly worse. The virus causes a birth defect called microcephaly. Microcephaly causes a smaller brain and hindered brain development. The WHO and Pan American Health Organization (PAHO) urge parents to put off having children until treatments and vaccines are widely available which is estimated to be available in two… Read more »

It’s that time of the school year again when campus organizations choose their new leadership. Becoming a campus leader is exciting and slightly intimidating. It’s draining and rewarding. Here are some things I have learned over two years as a campus leader that I think will be extremely helpful for the next wave of reproductive justice leaders. Realize that a failure doesn’t actually exist. Students aren’t the only ones making the most of and learning from previous mistakes. Right now, I’m interning for a large women’s issues-centered organization, and on my first day my boss told me that everything they do is made up on the spot. It’s a hard concept to come to terms with. I definitely still struggle with accepting it, but failures are merely a chance to… Read more »

This month, the Kansas state legislature passed two bills that pay students to openly discriminate against their trans peers. Unfortunately, Governor Brownback signed both bills into law. One of them forces institutions to pay religious student organizations for partaking in active exclusion of any group under the guise of religious liberties. The second effectively places a bounty on trans students who use the restroom that they are most comfortable in by saying that they are a threat to ‘physical privacy.’ The ironically named Student Physical Privacy Act, states that students using facilities designated for the opposite sex of their biological sex threaten the psychological and physical safety of others. This narrow definition of biological sex completely excludes intersex folks from the discussion. The language of the Act also states that public schools, including universities, need… Read more »

A lot of times when people talk about gun violence and gun control in the United States, they think of the numbers. Statistics are thrown around more than personal stories, and when we do talk about people involved in shootings it’s usually about labeling the shooter by the different stereotypes we’ve formulated for mass shooters: the terrorist or the mentally ill person. We don’t talk about how mass shootings and loose gun laws affect the community. I did this numbers-over-people type of thinking about gun violence without realizing it, a lot. The past few months changed that for me however. Until I was 9, my family lived in Southern California. The San Bernardino Mountains are my childhood home. A long-time family friend even works as a probation officer for… Read more »

Getting Your Period Shouldn’t Be This Expensive

I admit that, until recently, I was only aware of the luxury tax on tampons in the UK. I didn’t think it was a problem anywhere else, probably because of the  strong media campaign that has been used to target and change the tax code on menstrual supplies in the UK. The issue on the domestic front has not seen the same amount of media frenzy, which could play into some of the reasons we aren’t talking about it stateside. One could speculate that part of the reason tampon taxes don’t received the same kind of media push back in the US is that there isn’t one uniform tax code to fight. States all set their own guidelines for sales tax. But that only makes tampon tax harder to fight… Read more »

Being a politically involved and concerned millennial is hard when older generations do nothing but criticize your generation for being lazy, having a short attention span, being addicted to technology, or being non-committal. Constantly hearing that your generation falls short of the mark adds a whole new challenge for progressive millennials in conservative areas who are trying to make long-lasting change. The best way to fight the feeling of disenfranchisement is to connect and build teams with other millennials who are committed to making a difference. I got that refreshing feeling yesterday at URGE’s Kansas Advocacy Day. Not only did we get the chance to work with other college students, we also worked with and got support from older, concerned community members.  Unfortunately, not everyone can make the time to… Read more »

Trigger Warning: Rape Today the New York Supreme Court will release the decision on the case filed by Kesha Sebert against her producer, Dr. Luke, who has filed his own lawsuit, with Sony’s support, claiming that the artist is just trying to defame him. The decision will ultimately determine whether or not Kesha will be able to publish any more music. Currently, she does not want to work with her assailant and is, under contract, not allowed to produce with another label or on her own. According to Kesha’s lawyer, she is suing Dr. Luke on assault and battery, sexual harassment, gender violence, civil harassment, unfair business, and intentional and negligent infliction of emotional distress. Kesha says that these charges date back to 2005 when she was approached and convinced… Read more »