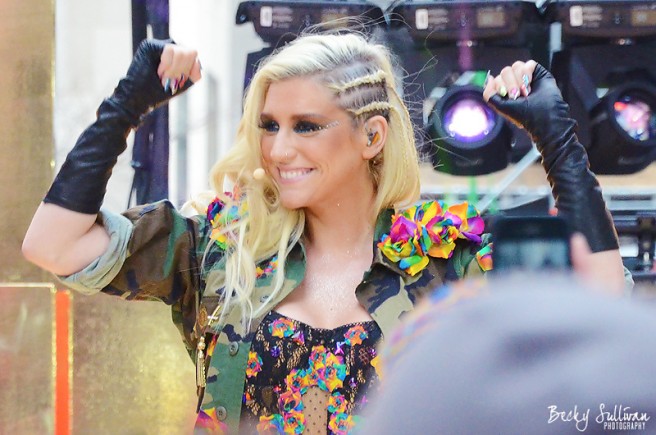 Today the New York Supreme Court will release the decision on the case filed by Kesha Sebert against her producer, Dr. Luke, who has filed his own lawsuit, with Sony’s support, claiming that the artist is just trying to defame him. The decision will ultimately determine whether or not Kesha will be able to publish any more music. Currently, she does not want to work with her assailant and is, under contract, not allowed to produce with another label or on her own.

According to Kesha’s lawyer, she is suing Dr. Luke on assault and battery, sexual harassment, gender violence, civil harassment, unfair business, and intentional and negligent infliction of emotional distress. Kesha says that these charges date back to 2005 when she was approached and convinced to join his label by Dr. Luke. She dropped out of high school at 18 and started working for him. According to her mother, Dr. Luke would force her to take illicit drugs and proceed to rape her. In the lawsuit it was reported that “she took the pills and woke up the following afternoon, naked in Dr. Luke’s bed, sore and sick, with no memory of how she got there. Ms. Sebert immediately called her mother and made a ‘fresh complaint,’ telling her that she was naked in Dr. Luke’s hotel room, she did not know where the clothes were, that Dr. Luke had raped her, and that she needed to go to the emergency room.”

To add to the manipulative and abusive actions Dr. Luke took against Kesha, her contract does not allow her to leave his label and work with someone else. Furthermore, he is trying to ground his lawsuit on slander.

In September, a social media campaign, using the hashtag #FreedomForKesha, was created to build support for the pop artist. Kesha is an influential artist and an intelligent human being (keywords there are human being, as no one deserves to be treated as she was even for lack of merit). Personally, I love her music because she writes songs that flip the script to objectify men in a way that’s usually reserved for women. That may not be the ‘right’ way to go about balancing media representation, but it is definitely a refreshing thing to hear from time to time.

All of this is a classic definition of rape culture. It is an institution (in this case the music industry) willing to defend a rapist and willing to end a survivor’s career because the survivor decided to take an outspoken stand for themselves.