I’m a little late in talking about this but I’m sure most of you have heard about the court case where a white woman broke into a Black man’s house and shot him dead because she thought it was her own. The most striking part about the case was when it was all over, the victim’s brother hugged the murderer and said he wished she didn’t even have to go to jail. The judge in the case hugged her and gifted her a bible.

On social media, many are applauding and critiquing the brother and the judge, mainly the brother for these acts of forgiveness. Now some major social critics online are responding to these critiques saying that he should be able the mourn the way he likes.

My critique is not so much of the brother or the judge. It’s a critique of the environment in which the forgiveness comes from. I’m not even really against forgiveness 100% and it certainly has its place. However, I would like to ask who is readily forgiven and who is asked to readily forgive? Are Black youth who are imprisoned for marijuana possession given the same mercy? 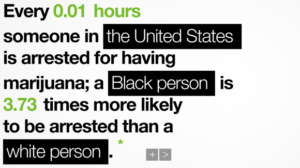 I usually provide a link to the stories I mention, but for this specific case, I will not for several reasons.

1. I am a little afraid for my own life, as a key witness ended up dead not long after the case.

2. This is not the first time Black people were asked to be the “bigger person” to their detriment.

3. You probably know what I am talking about because it was in the news for months. But just in case you have no idea what I’m talking about and need a reference, please Google “white woman who murdered a Black man in his apartment.”

I don’t think it’s a coincidence that this murderer who received so much empathy was a crying white woman — Get Out should’ve taught us how white femininity is weaponized by now. And although the story has a different timeline, I don’t think it can be separated from how white people, often white women, call the police on Black people for #ExistingWhileBlack.

I’m also all for transformative justice as an alternative to the criminal justice system but this woman, a police officer, was already an agent of the prison industrial complex (as is the judge who hugged her). It calls into question, what happens if BBQ Becky doesn’t call the police but she is the police? Easy answer: she murders them.

Black people, especially Black women, are often asked to forgive or be vilified and painted as the “angry Black woman” when we don’t.

(If you want to call me bitter go ahead, but I’m sweet and bitter like love and dark chocolate, as beautifully stated by Isabella from the Bob Actually episode of Bob’s Burgers.) 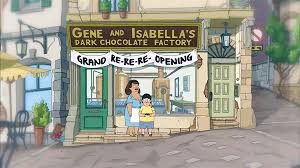 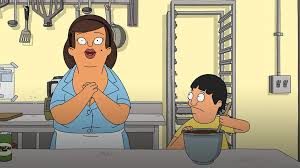 When we as Black people are the perpetrators of even lesser crimes (or no crimes at all, like showing up to a pool party) we are shown a lot less mercy.

Transformative justice and other alternative forms of justice are important for dismantling the violence that is racism and the prison industrial complex. But in doing so, we should ask who the prison industrial complex disproportionately negatively affects: Black people. We should also ask who the police are meant to “protect and serve” (quick answer: white supremacy). As a police officer and a white woman, the murderer who received hugs after this case is already privileged by the criminal justice system that polices and harms Black people.

It is a fact that families affected by police brutality are often expected to forgive the perpetrators of violence. In 2018, when Sybrina Fulton, the bereaved mother of Trayvon Martin, was asked if she had forgiven George Zimmerman for murdering her son, she responded: “I have not. I know that in my own time, in my own grief and this whole grieving process that I have to forgive. But by the same token, I’m not at that point yet.”

First of all who asked that? And why are you so concerned that someone who was wronged forgives? People are so pressed to see this forgiveness, namely from Black people affected by violence.

Why does forgiveness have to be the last stop on this journey of healing from loss? If you need and want to forgive—go ahead but I don’t think Black survivors of trauma should be required to.

People on my Facebook timeline and personal life claim that folks should be able to heal the way they need. However, I urge us all to be honest about which forms of healing we celebrate and which ones we demonize.

I think the reason why people in power put pressure on marginalized people to forgive is that they’re afraid of what that anger could do. Because anger is powerful and it has the power to disrupt.

My favorite kid’s movie, Inside Out, talks about the power of every basic emotion by making each emotion into anthropomorphic characters–Sadness, Joy, Anger, Fear, Disgust.

It’s briefly mentioned at the beginning of the film that Anger’s value is that he helps us to speak out against injustice. However brief this mention, I don’t think it should be glossed over and I’m hoping Anger gets more screen time in the sequel. 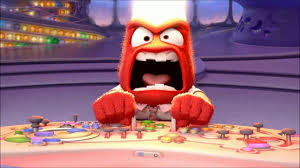 Because anger motivates us to right wrongs, it scares people who are complicit in the oppression of others. Anger would require that they are held accountable for their actions or nonactions. Anger makes complacent people uncomfortable because it can foreshadow change.

How would the civil rights movements or Black power movements have looked without anger? How would #BlackLivesMatter and similar movements look without anger? Do people protest in the streets and demand better treatment because they were happy with the way things are? 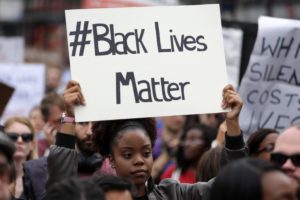 No. Because anger has value.

I also think that trauma has a place in the story of forgiveness in the face of violence against Black bodies. The well-known responses to threats or trauma are fight or flight. The lesser-known responses are freeze and appease. Appeasing means making nice with your adversary. As I said before, the murderer, in this case, holds the power of being both white and a police officer. This is why I see the response of hugging her despite her actions as a response to trauma. Not only is the murder and death of a loved one trauma, but so are anti-blackness, the criminal justice system, white supremacy, and the prison industrial complex. They are trauma on Black bodies and perhaps that is why the judge and the victim’s brother responded to the murderer, who was the actor of this trauma. That is why I forgive them, mere victims of an anti-Black state, but I will not romanticize their response as a greater good like many others.

Forgiveness is not bad, but I’m saving my forgiveness for those need it most.

I’m forgiving myself for getting an answer wrong on a test or for not finishing my homework and going to sleep after a difficult day. I’m forgiving my friend who has anxiety and depression for canceling last minute because they had an episode. I’m forgiving my niecephews (niblings, sobrinos) for saying something mean when they were hungry or tired or for hitting me when they didn’t have the words to express themselves.

This white woman who is privileged by white supremacy and anti-Blackness perpetrated by the police state does not need forgiveness from those she’s harmed. Perhaps the Black people she and her colleagues have arrested, killed and committed police brutality against need forgiveness more than she does. Who among you, that celebrated the victim’s brother’s embrace of his murderer, would also celebrate the release of the millions of Black people in US prisons at this moment?