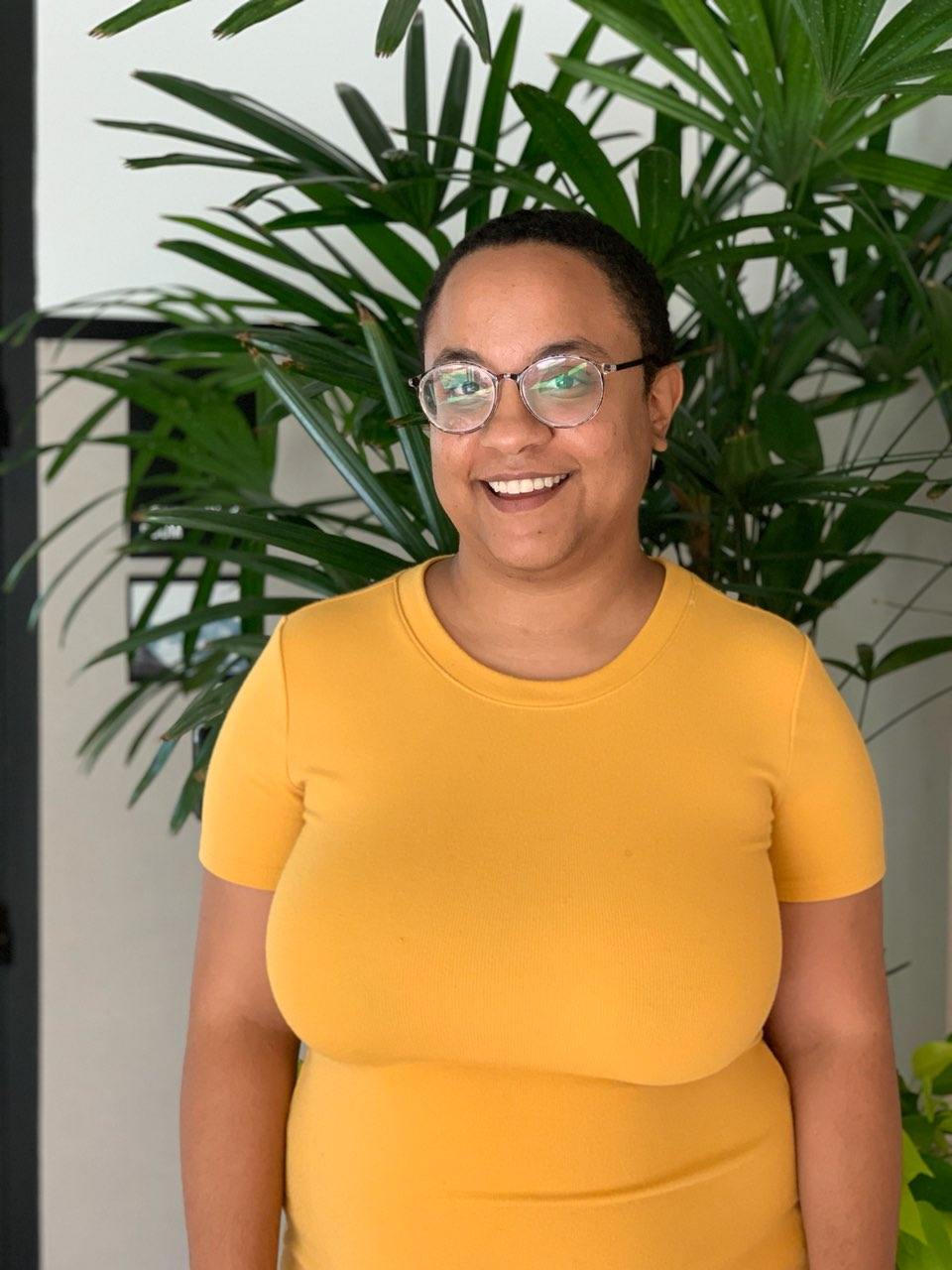 Favorite sex scene from a movie/TV/book: the one from Blue is the Warmest Color or the one between Celie and Shug from The Color Purple (the book) or the implied one between Josephine Baker and Frida Kahlo in Frida, the movie...i literally don't recall any others.

Hidden Talent: I know all the swimming strokes and can tell the future but only during Cancer season as far as I know

Yesterday, I was talking with a former classmate who’s been working within the reproductive justice movement for the past 7 years but has recently taken a liking to the tech world. They reasoned their career shift by stating that “movement-building works like it did in the 1960s.” While this conversation provided me with better insight into their thoughts, I generally disagree with them. Movement building works- but we all need a break. Truth is I’m tide… (tired, for those who don’t know old school ebonics- or AAVE as academics call it). Social advocacy work is, unfortunately, not emotionally, physically, or financially sustainable for most of us who do it.  As a queer black woman and sexual violence survivor from the southern United States, I got involved in reproductive justice work… Read more »

What The Color Purple Taught Me About Sexual Freedom

Trigger warning: rape/incest Before I officially started writing for the Our Folks blog, I was asked to send in some answers to a few questions. One of those questions was: What is your favorite sex scene from a movie or a book? When answering, I listed off a few examples but the most prominent scene I wrote about was Celie and Shug Avery’s sex scene in The Color Purple. As I was thinking of pieces to write for this term, I revisited my answers and decided that this was the one I wanted to expand on. Not for you, the reader, to gain a deeper insight into my taste (although I’m okay with that too), but because I believe that discussions of sexual freedom are essential to reproductive justice and… Read more »

Abusers ruin everything. When they’re on your team, they make it hard to work or play with others. When they’re in your family, they make it difficult to go home for the holidays. They fracture family structures. If they’re a workplace sexual harasser, they make it hard to go back to work. If they’re friends with your roommates, they make your living situation feel unsafe. When they’re an artist, they ruin their own art by making it hard to enjoy. After an artist commits harm, their fans have to reckon with whether it’s ok to enjoy their work anymore. Fans must figure out if and how they can separate the art from the artist. Abusers ruin everything. I feel it’s important to phrase it this way because at least in my experience,… Read more »

I’m a little late in talking about this but I’m sure most of you have heard about the court case where a white woman broke into a Black man’s house and shot him dead because she thought it was her own. The most striking part about the case was when it was all over, the victim’s brother hugged the murderer and said he wished she didn’t even have to go to jail. The judge in the case hugged her and gifted her a bible. On social media, many are applauding and critiquing the brother and the judge, mainly the brother for these acts of forgiveness. Now some major social critics online are responding to these critiques saying that he should be able the mourn the way he likes. My critique… Read more »

This Halloween, men will pay…. ….for dinner. The other day, one of my colleagues told me that when he goes on dates with women he doesn’t pay for their meals or drinks because it’s—2019. To which I responded, “If a man doesn’t pay in my mind, I think ‘hmmm…must not have been a date.’” He then told me that this is one of those areas that I am more traditional in. However, he said that feminism is about “equality” and therefore, women should pay for dates. Nope. Not my brand of feminism. For one, feminism (or any framework of social justice for that matter) should not be about equality. As the founder of PolicyLink, Angela Glover Blackwell, said, “equality is about making sure everyone has shoes. Equity is making sure… Read more »

15 Ways You Are Privileged as a Cis Person

In my work at URGE and as a volunteer at the New York City Anti-Violence Project, it has always been common practice for everyone to ask for name and pronouns upon meeting a new person. Now that I’ve stepped outside these spaces to start my tech career, I’ve encountered people who aren’t familiar with this practice. People who have rarely been asked to rethink the ideas of gender that they’ve been taught growing up. They feel threatened by the idea that there may be more than two genders, that you cannot tell someone’s gender by looking at them, and that one’s genitals don’t determine their gender nor do they determine their life experience. Additionally, while I’ve been living in southern Europe, I’ve tried to ignore most news about the United… Read more »

For the past 3 weeks, I’ve been gaining skills in tech after spending the last 3 years gaining experience in reproductive justice. The latter is a field where most people involved actively work to dismantle white supremacist, sexist, ethnocentric, heteronormative, cisnormative, and capitalistic notions of professionalism. The former is a profession that actively perpetuates this brand of professionalism, despite claims from many tech CEOs that they are “disrupting” it–[whisper] they’re not.  This is not to say that reproductive justice as a profession is immune to harm or the abuses of capitalism, but we tend to be more aware of it. In my experience with reproductive justice, we’re asked to bring our full selves to work. I was once told as a volunteer for Feminist Women’s Health Center that I could wear what… Read more »