This Halloween, men will pay…. 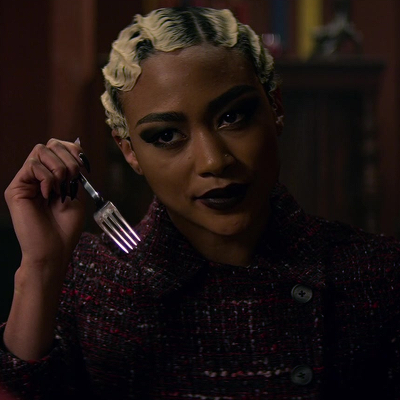 Prudence from Chilling Tales of Sabrina

The other day, one of my colleagues told me that when he goes on dates with women he doesn’t pay for their meals or drinks because it’s—2019. To which I responded, “If a man doesn’t pay in my mind, I think ‘hmmm…must not have been a date.’”

He then told me that this is one of those areas that I am more traditional in. However, he said that feminism is about “equality” and therefore, women should pay for dates.

Nope. Not my brand of feminism.

For one, feminism (or any framework of social justice for that matter) should not be about equality. As the founder of PolicyLink, Angela Glover Blackwell, said, “equality is about making sure everyone has shoes. Equity is making sure everyone has shoes that fit.” That means that justice is not always about sameness. It’s about fairness. It’s not about everyone having the same inputs. It’s about outputs. Sometimes it’s about meeting the needs of those who have been marginalized for lifetimes. In other words—reparations. So no. Able-bodied, cishet, white men generally do not need their meals to be paid for. My mansplaining colleague’s argument for not paying for dates was simply that it is 2019. Well, in 2019, these are the facts. The median income for women is 79 cents to men’s median dollar. It’s even worse for older women and women of color. Black women, for example, make 61 cents to the white man’s dollar. While the average Asian American and Pacific Islander woman is paid $.85 for every $1 paid to white, non-Hispanic men. It continues to be worse for certain subgroups of Asian women. Vietnamese women earn $.64, Hmong women earn $.57, and Burmese women earn only $.50 to the white man’s dollar respectively. For Native women, it is $.58. For Latina women, it’s $.54.

Similar data for trans women was not readily available online, but in general, trans people have high rates of extreme poverty and 1 in 4 make less than $10,000 per year.

This idea that women should pay all for the sake of “feminism” is kind of an All Lives Matter argument for gender equity. It makes no sense from an equity point of view and it puts too much burden on the person who has been or is already suffering.

There is also the argument that, if men pay for dinner or anything for that matter, that they will expect something in return. Again, this is putting too much burden on women. In this case, my issue is not economic, but rather around the topic of rape culture. The idea that women who accept free things from men must then provide something (usually sexual) in return only further contributes to rape culture. Implying that women have to modify their behavior to change men’s minds about sex only further contributes to rape culture. It is only two steps away from telling women not to wear short skirts or a low cut shirt to not get raped.

I should also mention that going on dates for meals is a means of survival for many women, especially younger women in colleges and universities. No matter the circumstances, dates for meals should be respected part of a feminist framework.