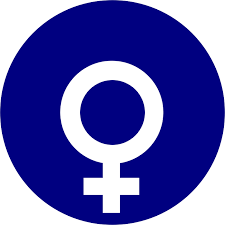 I like to think I’m a pretty accepting person. So you can imagine my internal struggle as I try and talk myself down from girl hate, the phenomenon of hating other girls based solely on the fact that they are another woman, not for any legitimate reason.

These are messages that the patriarchy teaches to put down and objectify women. If a guy tells you that you’re a “cool girl, not like other girls,” you should take that as a compliment because the worst thing in this life is being associated with other women. The best thing that you can do is to distance yourself from the female gender.

Learning more about feminism and becoming more knowledgeable about social change made the difference for me. I still slip up every now and then and find myself disliking another woman for no reason, but now I have the tools to talk myself out of it—”Stop thinking like that, I’m sure she has a lot of great qualities. I don’t have anything against her; society has something against both of us.”

Girl hate is a huge feminist issue, namely because the concept of girl hate goes against everything that feminism teaches. I get it—it’s hard to get your brain to think a different way when it’s been trained for so many years to believe that girls are meant to be put down.

This can even be brought into the reproductive justice and positive sexuality spheres. If a woman sleeps with someone and your first thought is, “I can’t believe she did that, what a whore!,” spend a few minutes to logically talk yourself into a better mindset. “There’s nothing wrong with a woman exploring her sexuality, and as long as she did so safely and with consent, good for her!” If a woman makes a reproductive choice, perhaps seeks an abortion, and you think, “What a terrible person!,” take some time to get to a better line of thought—”I might not have done that but it’s a very personal decision and she knows what’s best for herself, so I respect that.”

If you’re first starting out, it might be hard. Any prejudiced thinking is difficult to unlearn if that’s what you’ve been taught for the majority of your life. Others might disagree with this but to me, it matters less what your brain thinks in the first split second of reaction time. I care more that you are able to think rationally about something and eventually get to a more understanding and accepting conclusion.

Being a woman is hard enough in this society. There’s no need for us all to put each other down and make it worse.