This is such a scary time for black and brown folk living in the United States. ICE is a threat to everything this country is supposed to stand for. 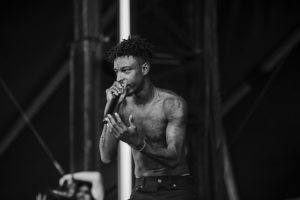 A few days ago ICE arrested and detained rapper 21 Savage. His visa expired in 2006, but they decided it was the right time to detain and deport him just five days after rapping about Flint, children at the border, and the hardships he faced as a poor black man. Why now, 14 years after his visa expired- 5 years after being arrested for unrelated matters, does ICE feel compelled to detain and deport 21? Is it because he is giving back to his community and speaking out against the atrocities being committed to POC? The language ICE used was “He is not who he says he is.” Why are they trying to turn the public’s favor against 21?

It is scary enough to know that this government wants to target scared, young, immigrants because they can. When big-time artists and personas are being targeted as well because of what they are saying, that is not a good sign.

ICE has been shitty since our terrorist of a president, George Bush, helped to found it in 2003. Barack Obama also continued to let ICE ruin families throughout his terms, deporting more people than any other President in [recorded] US history. ICE finally got the spotlight it deserved when pictures of children in cages surfaced along the border-in my community of the Rio Grande Valley. Tr*mp encourages this type of treatment of people of color as do his racist and self-hating supporters 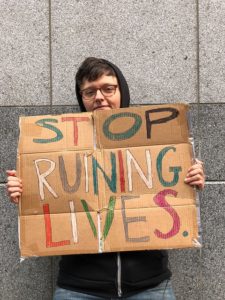 As someone from an area that is heavily trafficked by border patrol and now over 5,000 troops, people being taken away from their families is something that I have seen my whole life, unfortunately. There are border patrol cars at the Universities and even grade schools in the Rio Grande Valley. Wherever there are young people of color trying to better themselves and their family, ICE will be there waiting, hoping to punish them for being born across made-up lines on a map.

ICE cannot even get their shit together and have wrongfully detained citizens. One New York resident spent more than 3 years fighting deportation efforts even though her U.S. Passport was shown at her court hearing. As we all know logic and hard evidence isn’t something racists care about.

US citizens are being denied their passport because if you look brown or black you probably aren’t from here. If you are a POC without a passport, I strongly suggest that you get one now before the government tries to claim that you were not born here because you have melanin. A friend of mine and her family were accused by CBP of falsifying documents when trying to re-enter the United States from Mexico. 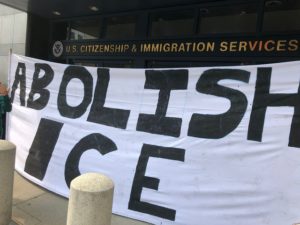 Since this past Senate race was so close in Texas, Greg Abbott (racist governor) and a few other racists trying to purge the voting rights of Naturalized Citizens despite having known errors in the voting lists. Right now our government is not happy about POC speaking out and having their voices heard. We shouldn’t have to hope that people trusted with upholding “law”, “order”, and “safety” are doing it ethically and correctly.

The government and specifically ICE have been/are targeting POC. Look out for one another.