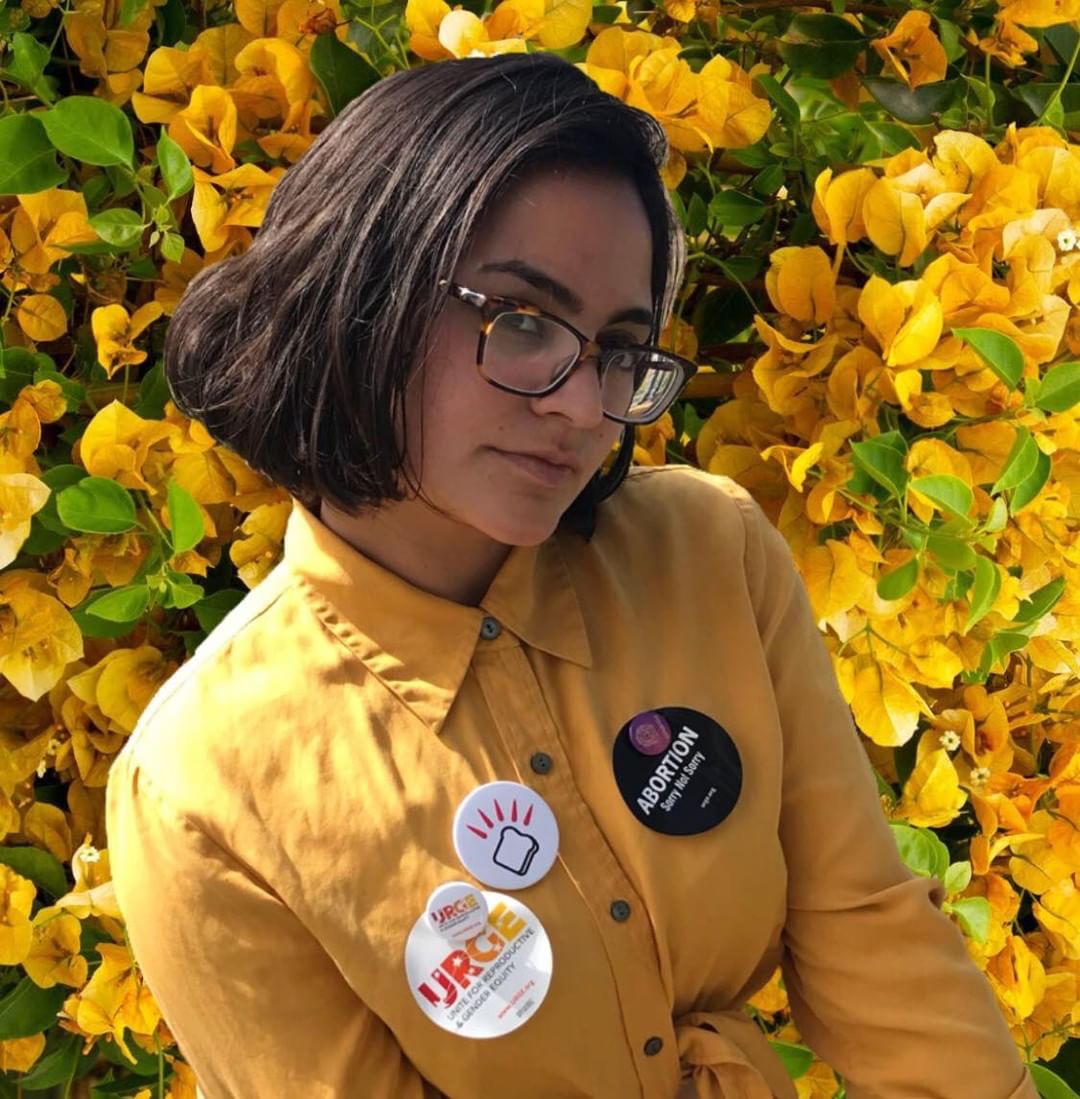 Major: Biological Sciences
Hometown: Harlingen, Texas
Favorite writer: Gloria Anzaldua
Favorite sex scene from a movie/TV/book: Westworld season one. Maeve and Hector realize their world is fake and have sex to the death in the middle of a fire.
Hidden Talent: Super good at Mario Kart....no shit I am internationally ranked lol

With 4/20 passing last week, there was a lot of pot-related content online. I was hoping to see a lot more support from different organizations or politicians for people that were wrongfully jailed for marijuana related offenses. It is a crime that disproportionately Black and brown families are continuously torn apart- even in states where recreational marijuana use has been legalized. In these states disproportionately the folk profiting off legalized marijuana are white. There are still people being arrested in states where marijuana is legalized since it is still federally banned- unsurprisingly, most of those arrested are Black or brown. Pot has been so stigmatized by the US government I have noticed most politicians and organizations would rather leave cannabis out of the conversation completely. Marijuana… Read more »

At 3am Tuesday morning, self-proclaimed “Pro-Lifers” in Texas passed a bill that would send women obtaining an abortion to face the death penalty. Texas lawmakers in the House Judiciary Committee sent the bill, which would criminalize abortion and classify it as homicide, to the Texas House for debate. At the hearing a pastor from Houston spoke and claimed that, “Whoever authorizes or commits murder is guilty.” State Rep. Tony Tinderholt, a Republican from Arlington, and an advocate for women, trans men, and non-binary folk receiving the death penalty, claimed that he isn’t “specifically targeting women…but equalizing the law,” which is laughable. By entertaining these religious extremists’ views as potential laws even though they will kill people, our lawmakers are making it clear that they have a complete and utter disregard for… Read more »

Rosaura “Rosie” Jimenez was a young woman in the Rio Grande Valley of South Texas who died obtaining an unsafe abortion. She could not afford to pay for one out of pocket and was forced to turn to other unsafe alternatives. Rosie was a scholar and a mother to a 5 year old girl. Rosie was trying to get her teaching certificate when she passed. She wanted to create more opportunities for her and her family. She died with a $700 scholarship in her purse which she could have used to obtain an abortion. She wanted to use that money for her family’s future, and she should have had that option. Rosie was forced to turn to unsafe alternatives because she was one of millions directly affected by the Hyde… Read more »

I want to stress that all responsibility for climate change should be placed on corporations- not the consumer. This article’s goal is to inform the consumer. Though I believe each person should be conscientious of what/how much they consume and where it comes from, major change will only come when companies are held accountable for their heinous acts. The fashion industry has become one of the top contributors to climate change and continuing the cycle of poverty in countries across the world. Fast fashion is the epitome environmental racism. Fast fashion are clothes that are made with cheap materials because it is meant to be sold dirt cheap and thrown away to make room for the next trend. Forever 21, GAP, H&M, Zara, Walmart, and literally almost every other store… Read more »

This is such a scary time for black and brown folk living in the United States. ICE is a threat to everything this country is supposed to stand for. A few days ago ICE arrested and detained rapper 21 Savage. His visa expired in 2006, but they decided it was the right time to detain and deport him just five days after rapping about Flint, children at the border, and the hardships he faced as a poor black man. Why now, 14 years after his visa expired- 5 years after being arrested for unrelated matters, does ICE feel compelled to detain and deport 21? Is it because he is giving back to his community and speaking out against the atrocities being committed to POC? The language ICE used was “He… Read more »

The Roe V. Wade decision recently had its 46th anniversary January 22. Though reproductive rights have constantly been the point of contention between old, white men and other old, white men, I am grateful this decision still stands today. Old white men, especially those in Texas, have tried their hardest to shut down as many clinics as possible through TRAP laws requiring obscene equipment and “regulations”. In 2014, the only abortion clinic available to my community of the Rio Grande Valley was in San Antonio-a four hour drive away. Having a clinic so far and passed a check-point can be terrifying for some people from the Rio Grande Valley. In a community where over 68% of the population lives below the poverty line and ⅓ of people and ½ of… Read more »

I recently moved to San Antonio earlier this year from the Rio Grande Valley. I have seen the gentrification happen before my eyes over the years. One of the biggest gentrified areas in the city- “The Pearl” is an expensive little market place. The community surrounding The Pearl quickly saw a decrease of lower middle class Mexican families in the area due to gentrification. It’s got everything white people want- exclusive, expensive apartments surrounded by a bourgeoisie food court and tons of overpriced, whiterun shops. Allow me to better paint a picture of these shops for you. They commodify the fuck out of being in San Antonio- a historically Tex-Mex city. Native American and Mexican artworks/clothing items are also sold in another. The people running these stores, boasting that they… Read more » 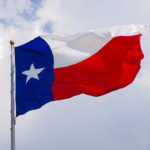 Election results came around the same time that 5,200 U.S. military troops were deployed along the border of my home, the Rio Grande Valley. The Rio Grande Valley is the southernmost tip of Texas along the U.S./Mexico border. The area, aka the RGV, is the poorest area of the country with a Latinx population of over 90% and a poverty rate at over 68%. One in three people are food insecure and one in two children are food insecure. This deployment is costing us $220 million dollars. I know for a fact that, instead of creating unnecessary hysteria by deploying over 5,000 troops into my home, this money could have been used to help my community. This militarization is going to hurt the RGV a lot. This will make the… Read more »

My Experience as a Latinx Woman in Sports 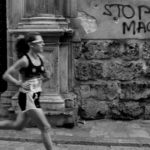 I have played soccer for 19 years of my 23 on this planet. I even went on to play for my University’s women’s soccer team as a goalkeeper all four years. The University of Texas Pan-American (now UT Rio Grande Valley) are in the NCAA Division 1 Western Athletic Conference. I was also a part of the “Student Athlete Advisory Committee” since my sophomore year of college. SAAC is “the voice of the student athlete” and I was President of my institutional and conference SAAC. We discussed institutional, conference, and NCAA policies and issues. I oversaw eight school across the United States. As president of the WAC SAAC, I ensured student athletes accurately understood and relayed policies and their consequences to their respective student athlete body and administration. I also… Read more »

The appointment of Kavanaugh is an injustice. He is not a man of the people. He is a major enemy of LGBTQ folks, women, workers, immigrants, all people of color, and the environment. This man wants to eradicate me. He hates everything that I am: a strong, queer, Latinx woman. I oppose him because he opposes me and everyone I know and love. Kavanaugh and the Trump administration are going to do everything they can to make life hell for all of these marginalized groups.  We are living in a time where an Anti-Choice, women-hating, sexual predator is allowed to be appointed to the Supreme Court, despite strong public opinion against it.  This is the time for us all to unite because we have the creativity, strength, and compassion to… Read more »