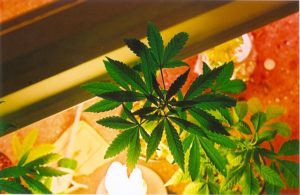 With 4/20 passing last week, there was a lot of pot-related content online. I was hoping to see a lot more support from different organizations or politicians for people that were wrongfully jailed for marijuana related offenses. It is a crime that disproportionately Black and brown families are continuously torn apart- even in states where recreational marijuana use has been legalized. In these states disproportionately the folk profiting off legalized marijuana are white. There are still people being arrested in states where marijuana is legalized since it is still federally banned- unsurprisingly, most of those arrested are Black or brown.

Pot has been so stigmatized by the US government I have noticed most politicians and organizations would rather leave cannabis out of the conversation completely. Marijuana was only labeled as a “harmful” drug because Harry J. Anslinger, the racist, first commissioner of the Federal Bureau of Narcotics in 1930 needed to demonize something so his department would not be shut down. He used racist and fake propaganda to make Americans scared of has to demonize marijuana. He was also one of the proponents for the passing mandatory minimum sentences which in turn gave rise to America’s prison-industrial complex. Almost half of all drug-related arrests are marijuana related.

Anslinger attacked minorities and music/musicians saying, “Reefer makes darkies think they’re as good as white men,” he was quoted as saying. “There are 100,000 total marijuana smokers in the U.S., and most are Negroes, Hispanics, Filipinos and entertainers. Their Satanic music, jazz and swing result from marijuana use. This marijuana causes white women to seek sexual relations with Negroes, entertainers and any others.” His xenophobic and fake propaganda affected Americans’ attitude toward marijuana forever. He used the story of a young Florida man that hacked his family to death to claim that marijuana made him do it. Anslinger consulted 30 doctors to confirm his claim that weed was linked to violent crime. 29 of those doctors claimed there was no connection between the herb and the schizophrenic man’s behavior, but that didn’t stop him from using this fake story to push his own agenda.

When Richard Nixon became president, most Americans and scientists agreed that marijuana was not a harmful herb, he was urged to decriminalize it. He did the opposite and literally incited a war on drugs because he specifically wanted to target Blacks, hippies, brown people, and other minorities. His White House Domestic Affairs Advisor (1969-1973), John Ehrlichman was quoted saying in 1994, “We knew we couldn’t make it illegal to be either against the war or black, but by getting the public to associate the hippies with marijuana and blacks with heroin and the criminalizing both heavily, we could disrupt those communities. We could arrest their leaders, raid their homes, break up their meetings, and vilify them night after night on the evening news. Did we know we were lying about the drugs? Of course we did”. We cannot let the efforts of these racist white men affect our attitude today.

We all (the government included) know there is scientific evidence disproving that weed is harmful, and even helpful. Aside from the proof in the 40’s that marijuana was safe and despite our government placing patents relating to cannabis since 1942, our government insists on imprisoning people of color for this herb. Patent 6630507 references 12 other U.S. patents related to marijuana. Federal recognition for medicinal/useful qualities surely disqualifies it as a Schedule 1 drug. However, the disconnect between the DEA, science, and these patents only increases for people of color.

Since marijuana is basically in prohibition, the US has these patents on the herb, and schedule 1 drug studies are banned, we are not using this medicine to its full potential. Clinical studies can be done but need to be approved by the DEA where these requests are piled up and die off due to inaction. If clinical studies could be done, we could continue to learn about this magical herb that has treated humans for centuries. It has been proven to help with different conditions and has saved the lives of countless kids.

Many more lives could be saved if we could use this plant to its full potential. There is no reason why it marijuana is so stigmatized. There is no justifiable reason as to why families are still torn apart over a plant and a racist white man. Start talking about marijuana. Advocate for it’s research, use, and the people in jail. Marijuana legalization and the expunction of records is a necessary social, racial, and reproductive justice that needs to be served. We can’t let these people slip under the radar because it is an issue that isn’t spoken about.