The appointment of Kavanaugh is an injustice. He is not a man of the people. He is a major enemy of LGBTQ folks, women, workers, immigrants, all people of color, and the environment. This man wants to eradicate me. He hates everything that I am: a strong, queer, Latinx woman. I oppose him because he opposes me and everyone I know and love.

Kavanaugh and the Trump administration are going to do everything they can to make life hell for all of these marginalized groups.  We are living in a time where an Anti-Choice, women-hating, sexual predator is allowed to be appointed to the Supreme Court, despite strong public opinion against it.  This is the time for us all to unite because we have the creativity, strength, and compassion to fight against this injustice and to clean out the politicians who have allowed this man to come to power.  They are traitors to the American public and need to be treated as such. We will show these politicians who has the power come November. 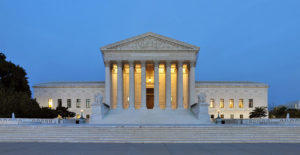