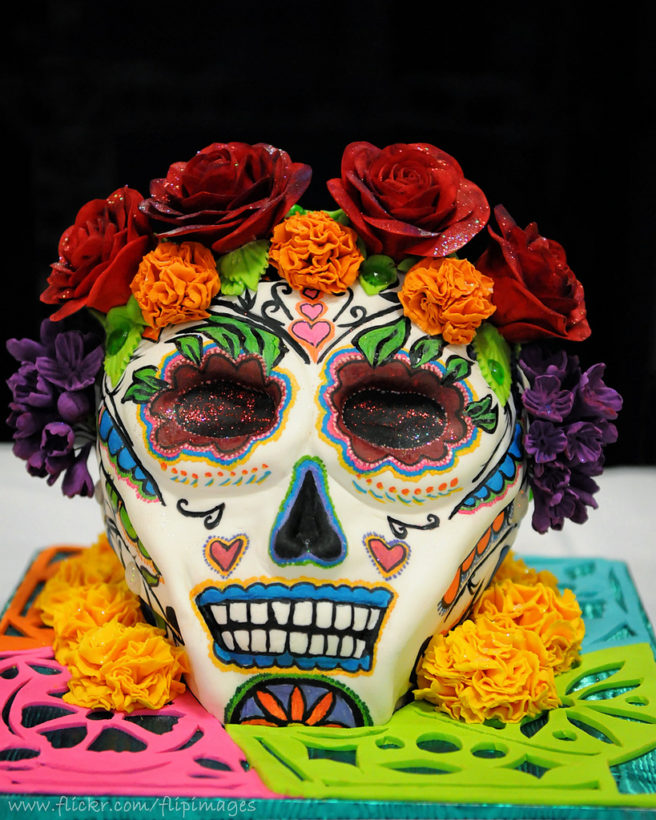 I recently moved to San Antonio earlier this year from the Rio Grande Valley. I have seen the gentrification happen before my eyes over the years. One of the biggest gentrified areas in the city- “The Pearl” is an expensive little market place. The community surrounding The Pearl quickly saw a decrease of lower middle class Mexican families in the area due to gentrification. It’s got everything white people want- exclusive, expensive apartments surrounded by a bourgeoisie food court and tons of overpriced, whiterun shops. Allow me to better paint a picture of these shops for you. They commodify the fuck out of being in San Antonio- a historically Tex-Mex city. Native American and Mexican artworks/clothing items are also sold in another. The people running these stores, boasting that they are the real thing are the whitest people I have seen in my life. A store selling “Latin Inspired clothing” stare at me funny when I walk in. I went to “Twig” bookstore and found my friends and myself completely ignored when trying to buy something.

This is a predominantly white community, and one that is intentionally overpriced to exclude. It would be unfair not to mention that they do host free events for the community weekly. However, people are not going to just go when they feel out of place. Now I am brown, and I am constantly reminded of this when I go there. It is uncomfortable. When I saw that The Pearl was going to host a Dia De Los Muertos festival I thought it would be so rich to go out and see what was up. The post they made on Instagram was of a white woman in full “costume”- a Mexican dress, flower crown, and full on skeleton makeup. There was actually brown people singing which was great. I see almost every shop with their own ofrenda in the front window- shaking my head. There were a lot of white people in traditional clothes, crowns, and face paint all over the Pearl. A few white people are selling stuff they bought from the flea market for 25x the price. Shout out to the real ones like Snake Hawk Press and BarbacoApparel selling original San Antonio/Tex-Mex/Mexican art, which is always amazing. 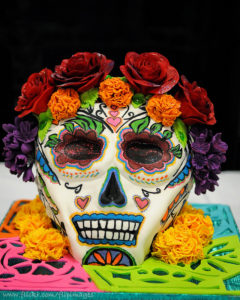 While out biking with a friend after seeing this weirdly white washed event, we decided to check out another at a park venue called La Vallita. As soon as we enter, there are huge sugar skull sculptures which were beautifully created by a local artist. Applause. The beautiful art was unfortunately drowned out by a white man singing *an acoustic version* of “crazy” by Gnarles Barkley. Like the Pearl, as we continued to walk through the park, we found many tents of white people selling their food, soaps (as they do any chance they get), art, and homemade jewelry. Look, this isn’t the time for you to come out and try to gain during a traditional festival. Sorry not sorry, you are not a part of this culture, and you cannot take our identity. You shouldn’t gain anything but an appreciation for the beauty and vibrancy of Mexican people and culture. You can go out and admire it. Heck, get ur face painted because it’s cute, but there is no need for you to gain profit off of us. You shouldn’t wear our clothes and give the profit to white people that ripped off the hardworking people of color that made it.

I wanted to ask you whites here in San Antonio [and AUSTIN] to STOP COMMODIFYING TRADITIONAL MEXICAN CULTURE for the profit/aesthetic. You are reaping the benefits from our creativity, our culture, our food. It’s not cool to just pick and choose which part of a culture that you like. If you aren’t voting for someone that will stand for immigrants and people of color, then you shouldn’t be able to keep the part of them that you don’t like out of your “space”. Grow the fuck up and make an honest living. Grow the fuck up and admit that you are ripping off cultures and people just like your ancestors. Grow the fuck up and protect the people whose culture you are obsessed with. Numbers prove that 71% of white men and 52% of white women voted against Latinx people in the most recent Senate Election. I know most of y’all take any chance you get to benefit off anyone you can, but that is cold.

Growing up in The Rio Grande Valley, I have witnessed the beauty of Mexican and Tejano cultures first hand. I also witnessed the many struggles honest, everyday Mexican-American families have gone through, my family included. If white people want to experience actual Mexican and Tejano culture, they need to be working toward liberating all brown people in Texan life. This includes advocating for anti wall legislation, sending the 5,200 soldiers away from our beautiful land and border, and protecting Undocumented people from ICE and the Border Patrol.

Moving to San Antonio, I sort of knew what to expect. There are more rich white people here than ever, and as the city expands the population of brown people diminishes. This is very relevant in the Renovation of The Pearl; from outside the markets, hotels, and apartments, there stands a neighborhood of broken houses with For Sale signs going up.

Support local shops that support local artists and local business people. Identify people and institutions commodifying cultures and stay away from them. Let’s appreciate cultures and people in person and in the polls.