The Roe V. Wade decision recently had its 46th anniversary January 22. Though reproductive rights have constantly been the point of contention between old, white men and other old, white men, I am grateful this decision still stands today. O 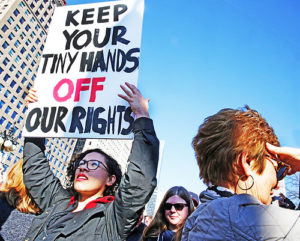 ld white men, especially those in Texas, have tried their hardest to shut down as many clinics as possible through TRAP laws requiring obscene equipment and “regulations”.

In 2014, the only abortion clinic available to my community of the Rio Grande Valley was in San Antonio-a four hour drive away. Having a clinic so far and passed a check-point can be terrifying for some people from the Rio Grande Valley. In a community where over 68% of the population lives below the poverty line and ⅓ of people and ½ of children are food insecure, money is hard to stretch for most. An abortion can range from $300-$1000+ alone. This amount does not cover the gas, time off work, time away from family, hotel, or food costs that accompany having an abortion.

In Texas, it is law that one needs to go to the same doctor at least twice before the abortion could be performed. Before any procedure, the doctor is forced to state straight up lies about abortion because of Texas Law. They have to say it can lead to Breast Cancer and a lot of other bologna. This adds to fiscal costs as well as added mental weight of having an abortion. I reflect about these things every legislative session because every session in Texas is another chance for them to take away the reproductive freedom of women, and especially women of color living in communities like mine.

Around this time last year, a friend reached out to me because she was pregnant. She already had a two kids and could not afford another. She told me she had already reached out to another friend, Suzy, for help. However, the only resource Suzy had to offer was a trip 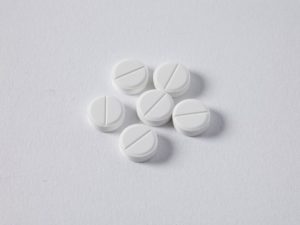 to Mexico to get “abortion” pills. Suzy had tried to use the same pills when she found out that she was first pregnant. These pills caused her to have a premature baby with many different complications. As scary as that was for her and her family, she still thought it to be the best and most affordable option. All my friends knew were that: 1. It is hard to get an abortion in Texas and 2. Abortions are expensive.

I was horrified when Suzy told me she took this pill and saw how unsafe and untrustworthy it was because she had not had any direction on how to take them, and still offered it to our friend. Women and others seeking abortion in the RGV do often turn to Mexico for self-managed abortions for alternatives because most don’t fully understand the options available in Texas. Self-managed abortions should be an option and should be a safe alternative but unfortunately there are countless women who aren’t getting the guidance they need, and that’s scary.

I thought to myself how outrageous it was that these people didn’t know there will always be support (fiscal and emotional) for anyone seeking abortion. I know there are options because I actively want to know and fight for reproductive rights expansion. I realized I have the luxury of youth and time as a 23 year old woman with no kids to research and discern this information. This begs the question: How can we make information about abortions and all the assistance one can receive accessible to busy family-people not in these “organizing/activist” spaces? I informed my friends that there are different organizations which can provide assistance and funding for women seeking an abortions anywhere you go. I recommended my friend get help from them in the RGV. They were able to provide over 75% of the financial cost of the abortion my friend received.

When my friend and I made it to the Whole Woman’s Health clinic in McAllen, Texas, we were greeted by the security officer that watches cars to ensure no Anti-Choice fools mess with them. Walking over, we passed right by the CPC which is now located conveniently next door so that Antis can come and yell from the sidewalk at people walking into the clinic. I felt terrible for my friend because even though I was there for su 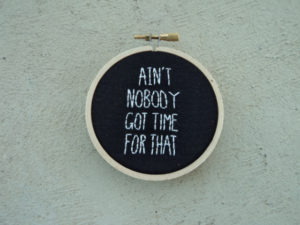 pport, she looked nervous and unsure because of the profanities yelled at us from randoms full of hate. When we got to the room with the doctor, I watched as my friend was forced to watch herself be put through an ultrasound test because “pro-lifers” have no empathy for living, breathing humans seeking abortion. The doctor had to tell her a bunch of state-mandated lies and told her to come back in the next day to get the pill she needed. I was asked to leave the room and apparently my friend was asked if her boyfriend knew and if I was okay with her having an abortion??!! Why is any of that necessary? Why are clinics being forced to do medically unnecessary things like this!!!? When we came back for the second visit, we picked up the pill, paid, and left because by then we had wasted the required amount of time necessary to receive an abortion according to Texas law.

I am proud of my friend for feeling empowered in her decision to have an abortion. I am proud of how relieved she was once everything was over, an 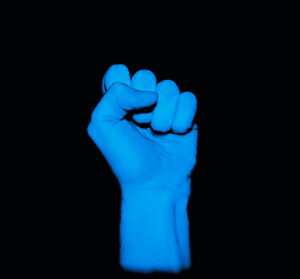 d most proud she knew she made the right decision. I was proud to see how strong she was as she took all the added mental blows from Antis and the general stigma that comes with abortions. In this house, we are Abortion Positive. There should be no added stigma, lies, shame, or vagueness that comes with having this health procedure performed on OUR bodies. Society needs to do a better job at making the one in four women that have an abortion in their lifetime feel welcome and unashamed. I am grateful for Roe V. Wade, but our fight for abortion and reproductive rights as a whole is still very much in the air. We all need to do our best to fight abortion stigma and to educate the public on abortion/access. Abortion is so hard to get that it may as well be illegal. Abortion legality will never be an issue for those rich enough to obtain one. For most traveling and cost are no issue. Bottom line: all these restrictions placed on abortions in red states are to impede poor folk from obtaining healthcare.