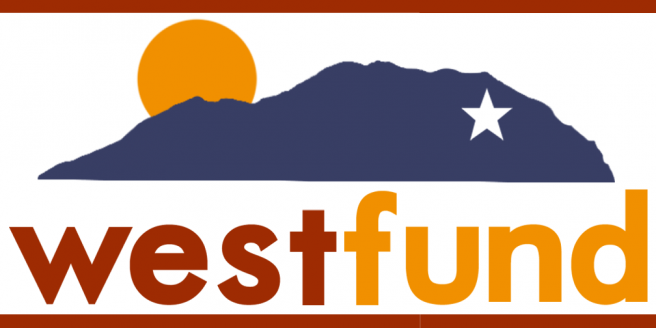 “Thank you so much! I can’t tell you how much I appreciate it!”

“I don’t know what I would have done without you.”

These are some of the things patients tell me when I tell them that the West Fund can help them pay for their abortion. I cannot begin to explain how rewarding and fulfilling it is to be able to alleviate the desperation in someone’s voice when they call us asking for help. Sometimes, patients tell me that I am the only person they can talk to about it.

But I don’t do this work because it makes me feel good (although it helps) — it’s much bigger than that. I do it because I believe that access to abortion care shouldn’t be limited by how much money someone has in their pocket. Everyone should have the right to decide if and when to start a family and the size of that family — regardless of how much money they make. That’s where the West Fund comes in.

The West Fund is an all volunteer nonprofit in El Paso, Texas whose sole purpose is to help people who can’t afford abortions get them. For many people, all they need to keep control of their lives is a small grant. $50, $100, or $150 makes a huge difference in someone’s life.

This all started the summer of 2013 with HB 2, an omnibus abortion bill that would close all but eight abortion clinics in Texas. Many of the folks who are involved in the fund have known each other from campus organizing through URGE’s chapter at the University of Texas at El Paso. All of us were either volunteers, leaders, or field coordinators for the national organization. When the bill was first proposed, we worked with URGE to collect petition signatures and generate phone calls to our representatives against the bill, but it wasn’t enough.

Despite days of protesting in and around the Capitol, and despite a 13-hour filibuster, the bill passed. The West Fund formed in response to the passage of this bill.

There are many things that make abortion inaccessible in Texas. For example, people forget that Texas is an incredibly large state. For many folks in West Texas, the nearest clinic within the state is at least a 4-hour drive in one direction — that’s over 350 miles. For others, finding your nearest clinic means traveling to a different state altogether. Once you’ve figured out where to get your procedure, there is still paying for the abortion itself, which can cost upwards of $450. There are also multiple laws that restrict who can get an abortion and how, including a 24-hour waiting period, biased counseling, and mandated parental involvement.

These factors influence your ability to take off work, find child care, and figure out post-abortion care. It’s overwhelming, and yet, people still call us every day and ask us for money for one of the most stigmatized medical procedures in this country. The little bit of funding that West Fund can provide is the least we can do to take a huge burden off of our patients’ shoulders.

So when we talk about how to make Roe real, we’re really talking about affordability and accessibility. It’s not anyone’s place to take away this decision by passing restrictions to make abortion harder to get or more costly. As HB 2 is being challenged in court to stop the further restrictions on clinics in the state, we stand in solidarity with our partner funds Lilith Fund, Texas Equal Access Fund, and Fund Texas Choice, to help with affordability of abortion care. We will continue to unapologetically help people fund abortions and make this decision a reality in 2015, despite the barriers lawmakers in Austin or DC throw at us.

If you want to help and get more involved with the West Fund, sign up here to get updates: bit.ly/JoinWestFund

One Response to “Abortion Funding is a Blessing”