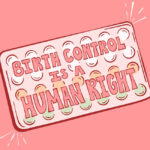 By: Ashaki Ngozi Nzinga Kandake Thompson-Hall The fight for over-the-counter (OTC) birth control continues in the U.S.  Accessible birth control is a reproductive justice imperative. OTC birth control affirms bodily autonomy and self-determination.   Misnomer #1: OTC BC is not safe  Birth Control can be very effective in the prevention of pregnancy.    Here’s the thing…Like any pharmaceutical drug, birth control may have side effects. It is important to consult a medical professional to ensure you are a fit candidate.  Over-the-counter options that may have side effects for some should not deter open and available options for all who are eligible. In an article published by the Journal of Adolescent Health in 2017, titled “Over-the-Counter Access to Oral Contraceptives for Adolescents”, researchers at Johns Hopkins University found that the pill can be purchased safely… Read more »

Birth Control Access During the COVID-19 Pandemic: Just How Well are Metro Atlanta Students Getting By? 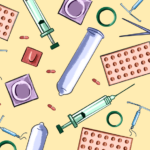 By: Sajada Parker Birth control access is a unique situation among college students. Many rely on part-time jobs without health insurance, many survive on a tight budget, and many remain unaware of online resources attempting to close the gap between birth control access and income barriers.   Take Amelia* for example. A sophomore living in the metro Atlanta area, her access to birth control was challenged as she transitioned back to her rural hometown. Amelia, who asked not to have her hometown or school identified due to its small size, struggled to find the funds to access her birth control. As Amelia joined the millions of college students sent home after the COVID-19 outbreak of spring semester 2021, her access to reproductive freedom was limited.  “After being sent home from college,… Read more » 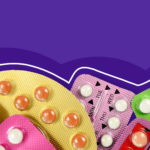 By: Soumya Jaiswal The uterus is the least understood and most politicized organ in the human body.  The explanation is quite predictable. Centuries of sexism and racism in medicine have manifested as little to no research being done on issues that have primarily affected women, especially women of color. In truth, the pill is prescribed for a slew of issues from acne to migraines to endometriosis to, of course, pregnancy prevention. According to Dr. Julia Lee, board-certified OB/GYN, the majority of doctors do not attempt diagnosing some uterine diseases because there is no treatment or plan of care in place that would differ from how the patient manages symptoms anyways — hormonal birth control.  Healthcare in this country is not cheap. The average cost of a doctor’s appointment without healthcare… Read more » 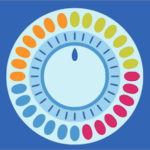 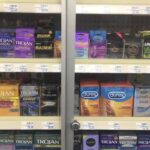 By: Kirsten Hernandez Many of us, especially those from marginalized communities, are used to items being behind locked boxes at the store. A quick trip to the grocery was prolonged by the wait for a staff member to find the right key to the case. Anything from chip bags to White Claw to baking ingredients came with the incredibly unsubtle message of “unworthiness.” We’re considered unworthy, of nice things, of humanity, and of trust.   As my life and career take me to different neighborhoods with varying socio-economic conditions, I notice the degree to which things are locked up differs greatly. For some reason though, from the richest to the poorest neighborhoods, only one product stays consistently behind a plexiglass barrier: condoms.   There always seems to be a debate about lockboxes and cages… Read more »

What Controls Birth Control?: A Brief Context on the Centrality of Black Reproductive Freedom to Collective Liberation

By: Victor Ultra Omni White feminist’s often center birth control in a larger conversation of choice— a decision that creates a silence around the coercive roots of its creation. While undeniably a cornerstone to gender equity, a means of limiting unintended pregnancy, and mitigating health concerns like migraines or severe menstrual cramps, birth control also has troubling entanglements with white supremacy as its procurement relied on Black and brown flesh as its testing site. Now lauded as “the Pill,” birth control originally referred to an intricate system and plan for controlling births among populations considered “degenerate.” This larger apparatus of social control included the prescription of daily tablets, but also involved forced sterilizations and coerced experimentation which disproportionately affected Black people, a disparity that continues today. Any analysis on the… Read more »

The first time it happened, I was terrified: my period was late. Although I can’t remember when it was exactly, it must have been sometime around the beginning of my sophomore year in college. I had been lucky for a few months of having protected sex with my boyfriend at the time, but I thought that it was finally my time for my life as I knew it to end because I was pregnant. Even though my period was only three days late the first time, I was much less lucky in the later months. Stress from school, work, and my other activities caught up to me and delayed my periods by up to a full week. Once, I went so far as to take a pregnancy test just to… Read more »

Not Just Pregnancy Prevention: #FreeThePill Will Free Us

Forced Sterilizations, and the RJ Struggle of the Latinx Community in California

By: Kirsten Hernandez It’s no secret that Black, Asian, Indigenous, and Latinx people throughout American history have struggled harder than others to gain autonomy over their bodies. What was a secret, however, was the lengths to which many states went to ensure these people were stripped of their rights. Eugenics is a dirty word, as it should be. Modern eugenics came about in the early 20th century and was used to justify horrific acts of racism across the globe. The most prominent example, of course, was the holocaust, in which the Nazi party attempted to justify their human rights abuses by claiming that there was a biological imbalance between the aryan race and the other ethnic groups they demonized. The US fought a war, rightfully claiming that such programs were… Read more »

By: Lily Stewart Recently, I saw my doctor for a yearly wellness visit. We spoke about my health, my habits, and my medicine—the usual. The doctor asked how I was liking my birth control pills, noting that I had mentioned severe pain due to endometriosis during previous appointments. I nodded, saying that my pain had become much more manageable, and other endometriosis symptoms were no longer as noticeable. She was happy to hear that and said, “You know, if I were in charge, I would see that all students have access to birth control pills. You just don’t have time for pain or pregnancy.” I nodded, and we went on with the checkup. After the appointment, I thought more about what she had said. She was right; many students simply… Read more »