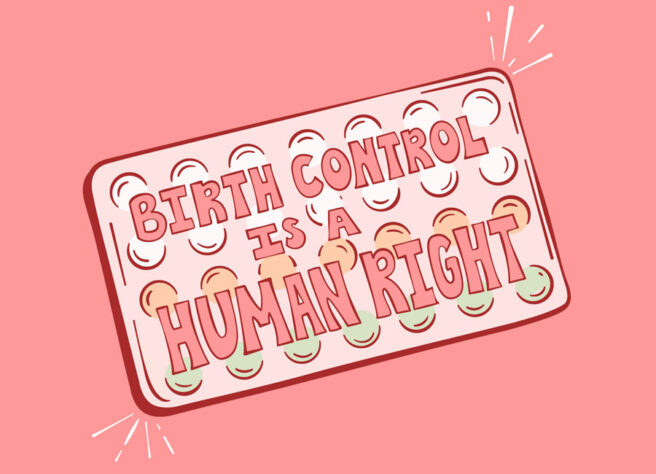 Misnomer #1: OTC BC is not safe

Birth Control can be very effective in the prevention of pregnancy.

Here’s the thing…Like any pharmaceutical drug, birth control may have side effects. It is important to consult a medical professional to ensure you are a fit candidate.  Over-the-counter options that may have side effects for some should not deter open and available options for all who are eligible. In an article published by the Journal of Adolescent Health in 2017, titled “Over-the-Counter Access to Oral Contraceptives for Adolescents”, researchers at Johns Hopkins University found that the pill can be purchased safely over-the-counter to women and young people. Lead researcher, co-author of the article, and Assistant Professor of Pediatrics at Johns Hopkins University, Dr. Krishna Upadhya stated in an article by NPR that “These pills are safe and effective and we should reduce barriers to using them. And teens should benefit just as adult women do.”

The medical community has supported OTC birth control for years. In fact, the American College of Obstetrics and Gynecologists (ACOG) have backed OTC birth control as early as 2012. [Text Wrapping Break]Their website states, “The American College of Obstetricians and Gynecologists (the College) supports access to comprehensive contraceptive care and contraceptive methods as an integral component of women’s health care and is committed to encouraging and upholding policies and actions that ensure the availability of affordable and accessible contraceptive care and contraceptive methods.”

Misnomer #2: OTC BC is not common around the world

In fact, that is not true! OTC birth control is currently available globally in Europe, Latin America, Africa, and Asia. According to an article from PRI, “The United States remains one of 45 countries that still *ban over-the-counter birth control.” Some countries that offer OTC birth control include South Africa, India, Turkey, Greece, and Mexico. Access to readily available contraceptives is a human right imperative.  A 2012 report published by the United Nations Populations Fund (UNFPA) titled, “By choice not by chance: family planning, human rights, and development” asserted that “universal access to family planning is a matter of protecting human rights.”

*Some States in the U.S. have legalized OTC birth control, however, this is not federal law.

Misnomer #3: Congress and government agencies will never form legislation to approve OTC BC

Au Contraire! Rep. Ayanna Pressley of Massachusetts introduced over-the-counter birth control legislation over two years ago with bill HR 3296, or the Affordability is Access Act.  The bill distinctly states that the determination of whether a drug is safe and effective lies within the rule of the FDA. The bill would expand birth control access while also ensuring that individuals will not have to deal with out-of-pocket costs.

Beginning in 2022, residents of Illinois will be able to access over-the-counter birth control.  In legislation signed by Governor J.B. Pritzker, pharmacists will be able to dispense 12 months of hormonal contraceptives to individuals without a prescription.

Misnomer #4: OTC BC is not a priority right now, SRHRJ Organizations and entities have other priorities

Close but no cigar…Yes, organizations around the country are fighting for reproductive rights and justice. Abortion access, safe and healthy pregnancies for Black mothers and their babies, food, and climate Justice. Absolutely! Sure, those seeking birth control can have it prescribed and move about their day! The reality is that so many folks across the country can benefit from OTC birth control. Think about the office visit, the time, the energy, the waiting! If we can ensure that all people can seek birth control when they need it, we can honor reproductive freedom and close health equity gaps.  Organizations like URGE, Advocates for Youth, Ibis Reproductive Health, SisterLove, Inc., If/When/How: Lawyering for Reproductive Justice, The Black Women’s Health Imperative, and many many more are advocates for OTC birth control.