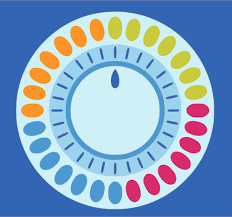 We all know that birth control should be available over the counter, but why is it important? Why do people want access to birth control without a prescription? I asked students and professors on a college campus what they thought, and these answers provide a clear answer.

Everyone that I interviewed agreed that people should have equal access to healthcare, and students such as Elizabeth Morgan thought that birth control should be made “easily available to those who may not be able to schedule a doctor’s appointment to get a prescription.”

Students that I interviewed also thought that access to birth control would help reduce the number of unwanted pregnancies. One student that I interviewed cites her own personal experience with lack of birth control access: “I had a very scary pregnancy scare, and I didn’t use protection once. I was waiting for an appointment to get some prescribed that wasn’t for another 2 weeks. If I had been able to be on birth control then, I wouldn’t have had to worry about my lack of protection.”

The people I interviewed didn’t just have testimonies about pregnancy, but also experiences with birth control as a treatment for period issues. One student cited that “birth control is part of my healthcare regimen. It lessens the pain that comes with my periods.” Another said that they “have had a major problem with getting a doctor to take my issues seriously, so I haven’t been prescribed anything that helps.” From these testimonies alone, it’s clear to see that access to birth control is important.

It’s not just students who have had these issues. Professors such as Dr. Susan Freidman mentioned that “I have had a doctor refuse to prescribe the bc pill because he thought I should consider having a child before my biological time clock ran out.” She also mentioned that she switched doctors because of this. Switching doctors and seeing different doctors so you may try various birth control methods can be an expensive and draining process that could be avoided if there was easier access to birth control.