Unsurprisingly, a majority of the catchy slogans adopted by the reproductive justice movement are cis woman-centric. It is easy to chant about ‘a woman’s right to choose,’ just because it has become an easy shorthand. What we fail to see in doing this is that we are neglecting to acknowledge that not everybody who seeks reproductive care identifies as a woman. I am guilty of it too: I attended the Women’s March in Austin this January and chanted along with the rest of the angry mobs, “Not the church! Not the State! Women must control their fate!”

Of course, I agree with the sentiment of a woman’s self-determination. However, I also want to be a better advocate for trans and nonbinary folks, particularly those who need reproductive care. In retrospect, it has become apparent to me that excluding people who do not identify as women from reproductive justice jargon is problematic. Language like this centered around cis women wipes away a strong group of trans and nonbinary people who also deserve the right to reproductive and abortion care, just as much as cis women do.

In the spirit of a continual resistance, I thought I would share some ~catchy protest signs~ that are not only biting but also inclusive.

America, We Need to Talk About The Elephant in The Womb. 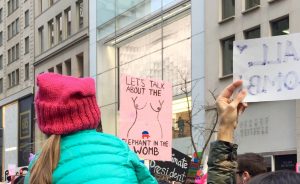 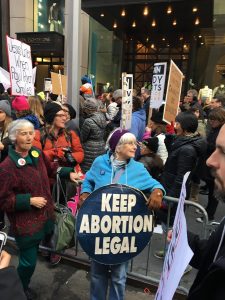 Abortion: On Demand, Without Apology 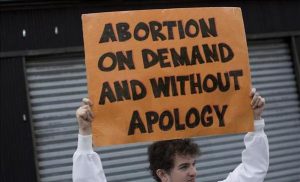 Can’t Be Trusted With a Choice, but You Trust Me with a Child? 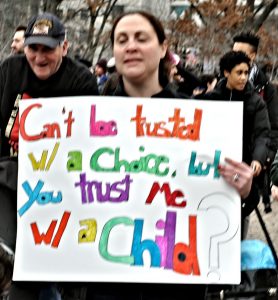 Just Say No to Sex With Pro-Lifers

Against Abortion? Don’t Have One! 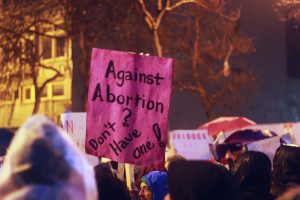 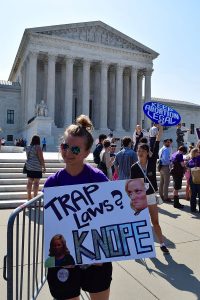 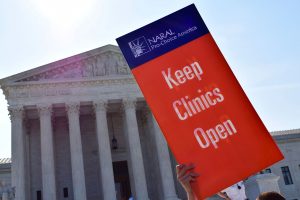 If I Wanted the Government in My Womb, I’d Bang a Senator 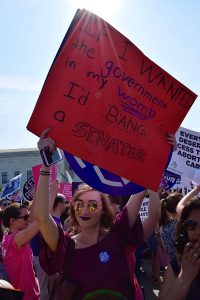 The list does not end there! There are a plethora of ass kicking statements of resistance to exclaim your love of choice. If you feel so inclined, drop me a line or share your favorite gender inclusive, abortion loving catch phrases.