An Ode to Equal Pay Day 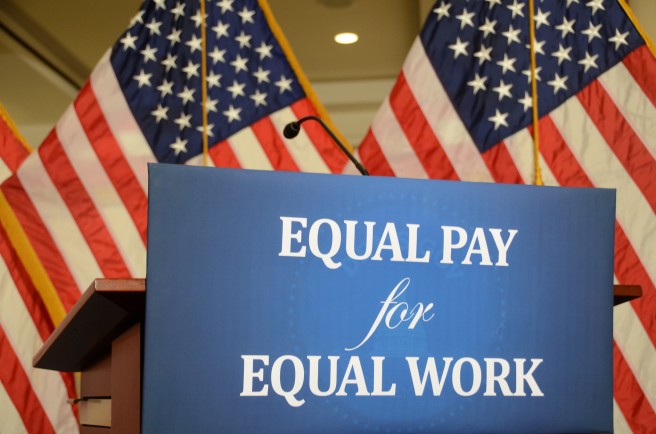 Oh how I wish this wasn’t necessary. It’s 2016, 53 years after the Equal Pay Act was signed by Kennedy in 1963, and we’re still having this conversation. This isn’t your fault, of course, but the fault of systemic misogyny, sexist societal views, and racism. You’re just here as a way for us to organize and act; as a way to help us get together and fight this oppressive system.

I know, I know. This can be a lot to handle. I mean, as someone who has personally worked at an establishment that paid female employees less than male employees, it is immensely frustrating. Not only was I paid less hourly than my male counterparts ($2 less hourly than men who had the same job as me, with a bigger difference in pay for men who had different positions than I), but I was also not given an opportunity for a raise. Women in said establishment had to fight tooth and nail, prove themselves more than the men, and constantly pester the owners for a raise in order to actually receive one. It was near impossible, and only 3 women that worked there in the year and a half I was there got said raise, and two of which were managers when I got there.

So, my dear Equal Pay Day, I understand the importance of you. I respect you. But there’s some more that we need to discuss that goes beyond the male/female gap, because race plays another huge role in this.

My sisters of color suffer even greater losses when it comes to the pay gap. According to the American Association of University Women, where white women make 78% of white men’s earnings, black women make 63%, Native American women make 59%, and latina/hispanic women make 54%.

Oh, Equal Pay Day, I believe it’s also important to note that the pay gap widens as women age. The older women get, the less likely they are to be paid the same as their male counterparts of the same age. I have a few theories on why this may be.

oh, my dearest Equal Pay Day, let’s work together to ensure that people stop silencing women by telling them that the wage gap is a myth. Let’s work together to educate those around us about the very real pay gap that women, particularly women of color, suffer from. And let’s work to destroy the oppressive systems that keep this nonsense in place. It’s been 63 years, it is time.