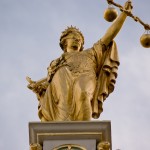 “The exemption sought by Hobby Lobby and Conestoga would override significant interests of the corporations’ employees and covered dependents. It would deny legions of women who do not hold their employers’ beliefs access to contraceptive coverage that the ACA would otherwise secure… In sum, with respect to free exercise claims no less than free speech claims, ‘[y]our right to swing your arms ends just where the other man’s nose begins.’”-Justice Ginsburg When the ruling came down in favor of Hobby Lobby this past Monday, it was not a surprise for many who work within the reproductive justice movement. Yet, despite the less than optimistic outlook many held, we hoped that the outcome would be favorable. Instead, what we received was an affirmation, by the highest court in the United States,… Read more »

One in four college students has a sexually transmitted infection according to the Stanford University’s Sexual Health Peer Resource Center. While number is way too high, I refuse to be a statistic. Campus health centers should be furiously educating students about prevention and treatment of STI’s and creating campaigns for free condoms and wellness checks. I know that is not the case. My friend at a university in an urban area went to her campus health center after she had vaginal discomfort, a rash, and a fever. The nurse practitioner heard her symptoms and, without even doing a physical examination or asking about her sexual history, handed out antibiotics for an ingrown hair. She proceeded to get sicker and had to lie around in bed for days. After the insistence… Read more »

The thing about “ideal masculinity” is that we will always fall short. I didn’t even stand a chance growing up, playing with my sisters’ Barbie dolls and gossiping with the girls during recess. I was also sexually attracted to other men, and although I wouldn’t claim the word gay until the age of 18, I knew that my attraction didn’t fit what a man should be. This tension between my masculinity and sexuality became the centerfold of a very arbitrary process concerning what I could and couldn’t do. I could think about men, I reasoned, as long as I didn’t date one or admit it out loud. Just as I could watch Disney movies, but not wear the color pink. Internalizing this impossible standard of masculinity, I didn’t have the… Read more »

The Real Reason Students Are Fighting for Leggings

Most middle school girls learn the tricks of avoiding being sent home because of their clothing choices. They can scrunch up shoulders to avoid the fingertip rule, hide from the teacher that walks around with a ruler to measure tank top strap width, or sneak a sweater in a backpack for when the principal is around. Schools have had the right to implement dress codes since Tinker v. Des Moines Independent Community School District. Dress codes are put in place to decrease class room distractions. They also can help students from a lower-income background receive less shame if they cannot afford the expensive popular clothing brands. However, the intentions have mutated to have sexist connotations and lower a student’s self-esteem. Two years ago a principal in Minnetonka, Minnesota sent an… Read more »

Making the Leap From Student Organizer to Progressive Professional

Searching for your first (or second, or third) job out of college is not easy. You want to do something challenging and rewarding, but you don’t have the years of experience many employers require. Translating the skills you’ve developed as a student leader to the “getting paid to do what you love” world isn’t easy, but it’s possible. To help you out, I’ve compiled some how-tos for applying for your dream job – it’s a combination of common mistakes, advice, and things I wish I’d known during my last job search. To give credit where it’s due, this post was inspired by this tip from Katie Parrish at the New Organizing Institute. I highly recommend signing up for their daily tip emails. Step 1: References